Sergeant Nikolay Sirotinin from Orel (city name means eagle in Russian), 20 y.o, a gunner in the retreating 13th army, volunteered and decided to delay enemy kampfgruppe of the 4th Panzer Division of Guderian. Having a well-concealed position and 60 shells, Sirotinin and his commanding lieutenant prepared for battle. On the morning of July 17 they saw the first German tanks through binoculars. As soon as the avant-garde tank reached the bridge, it was knocked out with the first shot, second the armored personnel carrier at the end of the column was set on fire. The classic ambush tactics worked well. The 45mm cannon continued to hit the German machines, Germans could not detect it, firing in chaos across the river. Commander was wounded and decided to retreat. With a large number of shells, Sirotinin dared to keep a battle up. The Germans tried to pull off the leading tank with the other two, but they too were destroyed, attempt to wade through the river also failed. For two hours hero's rage and combat skills, multiplied by the perfection of the anti-tank gun, pierced Krupp's steel and generously moistened the soil with "Aryan" blood. Only three shells remained, when his position was discovered. Having rejected the offer to surrender by firing a carbine, Nikolay was killed by mortars. 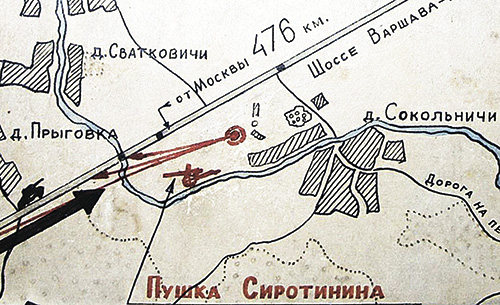 Valor is respected by all nations, and Germans paid high tribute near his grave. An officer of the 4th Panzer Division of the Wehrmacht, Chief Lieutenant Friedrich Fönfeld, described this moment in his diary as follows: "The Colonel said:" If all the soldiers of the Fuhrer were like that, then we would have conquered the world. " Everyone was amazed that the hero was a youth, almost a boy. In the ranks of the German soldiers, he would have stood last on the right flank. He fired 57 shots at us from a cannon and then hit and hit us with a carbine again. A whole cemetery of our soldiers remained near his grave. He alone stood at the cannon, shot a column of tanks and infantry for a long time, and died. Everyone was amazed at his courage. ” In terms of Nordic mythology, which was popular in Reich, Sirotinin made himself a funeral pyre so big that he didn’t just triumphantly enter Valhalla - he feasted on the right hand of Odin! 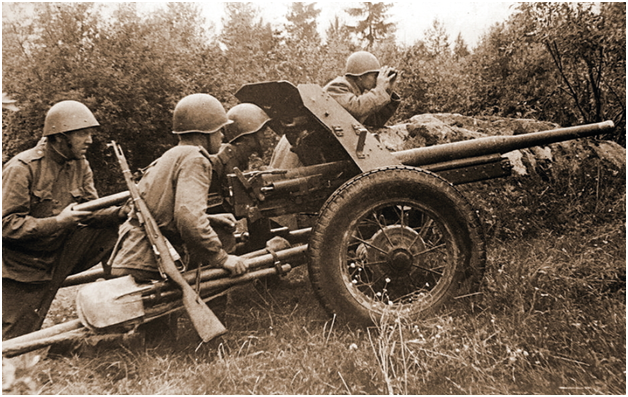 Illustration 2. Photo of the 45mm AT cannon crew in battle

From the testimony of Olga Verzhbitskaya, a resident of the village of Sokolnichi, dated February 29, 1960: “The German chief said to me: «Take this document and write to his relatives. Let the mother know what a hero her son was and how he died. Then a German young officer who was standing at the grave of Sirotinin came up and snatched the piece of paper and the medallion from me and said something rudely. The Germans fired three rifle volleys in honor of our soldier and put a cross on the grave, hung up his helmet, pierced by a bullet. I myself heard how they spoke for a long time about the Russian soldier, counting the shots and hits. Some of the Germans, even after the funeral, stood for a long time at the cannon and the grave and talked quietly». 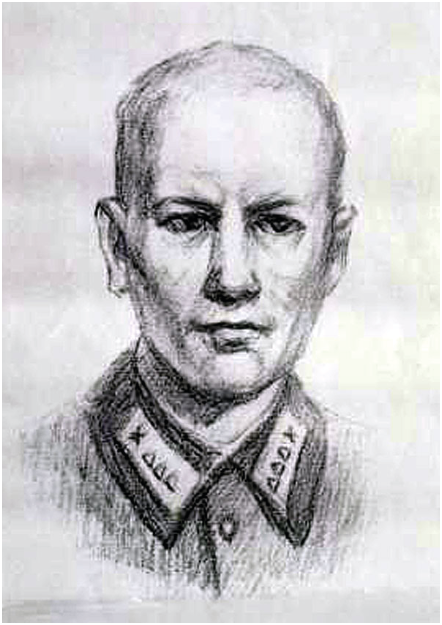 Illustration 3. Pencil drawing made from memory by a comrade-in-arms of Sirotinin in the 1990s

Interesting, that the 45-mm cannon in 1937 was the modification of the 45-mm cannon of 1932, which was a 45-mm barrel on the carriage of the 37-mm anti-tank gun of the 1931 model — a licensed copy of the Rheinmetall cannon. Its production of which was launched with the help of German specialists at the «Kalinin’s» plant№8, now located in the city of Korolev. The avenging Nikolay’s sword was the evolved descendant of the German cannon, quite effective against the Panzer I and Panzer II of 1941, considering their armor was penetrated even with the hit even from the 37mm Bofors cannon. Korolev was one of the main centers for adopting German technology, redesigned Von Braun's V-2 still in the center of the city, stick up as a giant lingam at the intersection of Pionerskaya Street and Yaroslavl Highway. Panzer I and Panzer II tanks that burned on the bridge over river Dobrost (means kindness J), were developed ten years ago by Krupp company, which won the tender with Daimler-Benz and Rheinmetall and they tested these tanks here in Russia in Kazan!

Now near the highway by the village of Sokolnichi there is a small obelisk crowned with a five-pointed star with the lettering: “Here at dawn on July 17, 1941, entered into single combat with a column of Nazi tanks and, in a two-hour battle, repulsed all enemy attacks, senior sergeant-artilleryman Nikolay Vladimirovich Sirotinin, who gave his life for the freedom and independence of our Motherland." 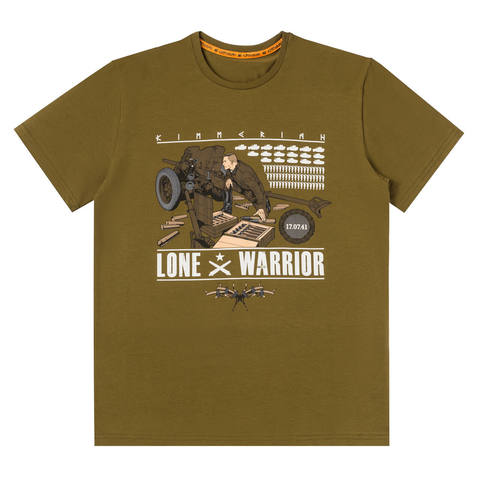 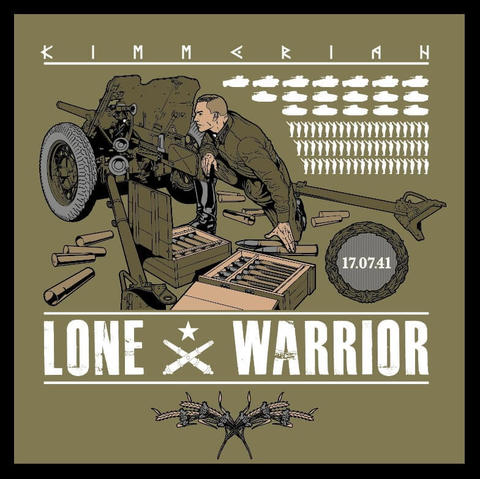