In 1300, the Moscow ruler Daniil Alexandrovich campaigned against the Russian-Tatar army of the Ryazan lord Konstantin Romanovitch, defeated and captured him in the battle and annexed Kolomenskoye. From this date the Gathering of the Lands has begun, a process later continued by the Romanov dynasty and reached its peak in 1914, when the lands of the Kingdom of Galicia-Volhynia and Red Ruthenia were annexed.

As part of this vast historical process, let us pay attention to the Moscow-Warsaw direction and the city of Smolensk. In 1500 during the Russian-Lithuanian war, despite a lot of the Russian-Lithuanian lords joined Ivan III and the four-month siege, the city was not taken. In 1514 Vasily III finally captured it, after two unsuccessful sieges a year earlier. To honor the victory, Novodevichiviy Convent was founded In the place in Moscow where the troops were assembled (currently near the Luzhniki metro station)

At the end of the 16th century began The Time of Troubles, a two-year siege of the Smolensk 1609-1611 by the army of the Polish king and the Grand Duke of Lithuania Sigismund III. The defense was masterfully led by the voivode Shein, but the 35000 army with 18 cannons sent from Moscow for help under the command of Dmitriy Shuiskiy was crushed near Klushin by the Polish unit of the crown hetman Zholnevskiy with 5500 cavalry, 2000 infantry and two light cannons. One of the reasons for the defeat was the weak command of Shuiskiy, who at the critical moment of the battle, when the winged hussars with repeated attacks pressed the five thousandth detachment of Swedish pikemen, French musketeers and others, preferred to sit quietly in the wagon train, having 5000 soldiers and all the artillery. Three months earlier Shuiskiy, with the help of his wife, dishonorably poisoned the victorious Skopin-Shuiskiy, the last hope of the entire Rurik dynasty. Debts to the mercenaries contributed to the defeat, Shuiskiy delayed payment not to keep the share of those, who will be killed in battle. 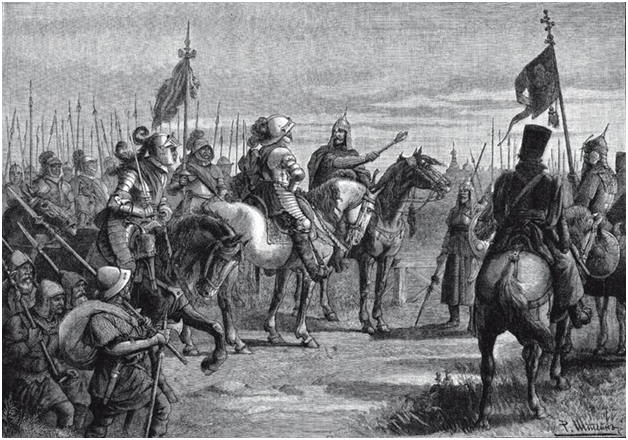 Anyway, Smolensk showed his ability to ruin invasion plans during the siege. Despite the victory, the total 30000  losses of the main Polish army and recent nobles revolt undermined the prestige of Sigismund III. After this Pyrrhic victory, Poland’s influence began to decline.

New attempts to recapture Smolensk were made during the siege of 1613-1617 and 1632-1634. Only in 1654, during the liberation of the lands of modern Belarus and Ukraine, the army under the command of tsar Alexei Mikhailovich finally returned Smolensk. An important contribution was done by the victory over the army of the Great Hetman of Lithuania Janusz Radziwill at Shepelevichi, the raids of 20,000 Zaporozhean Cossacks led by ataman Zolotarenko, as well as the capture of Mstisvlavl by the army of Aleksey Trubetskoy. History preserved references to events of a mystical nature, for example, Zolotarenko, who continued the campaign in Belarus, was shot from the bell tower on the main square of the newly captured city of Stary Bykhov.  Church organist Tomash made his enchanted silver bullet with prayers in Latin from a sacred bowl. The locals considered the ataman is a werewolf because of his manner to execute all Lithuanians, Polish schismatics and Jews. When Zolotarenko's corpse was transported to Korsun to perform a funeral service in a church built with his money, the church suddenly caught fire, and 432 people died, trying to get out through the only open western gate! This case was later used by Catholic propaganda as evidence of "God's punishment". Bogdan Khmelnitskiy was at the funeral and survived. In 1654 he fought the main Crown Polish army in Ukraine and corresponded with Alexey Mikhailovich. The alliance with the Hetman secured the southern borders of the Moscow state, pinning down the Crimean Tatars who joined the Poles at that time and preventing the mistakes of the 1632-1634 campaign: Tatars broke through the southern garrisons weakened by the dispatch of troops to Smolensk, and boyars, who had estates in those regions, deserted from the siege army to try to protect them.

In the middle of the print, you can see a heraldic shield with the «Eagle» tower of the Smolensk Kremlin. During the assault in 1654, it was attacked by the troops of Dmitry Dolgorukov, but it still looks great. On the right side, you can see the tsar’s artillery officer, dressed in a unique «ferryaz», a popular type of Slavic coat. But who is the guy from the left, called «rynda»? 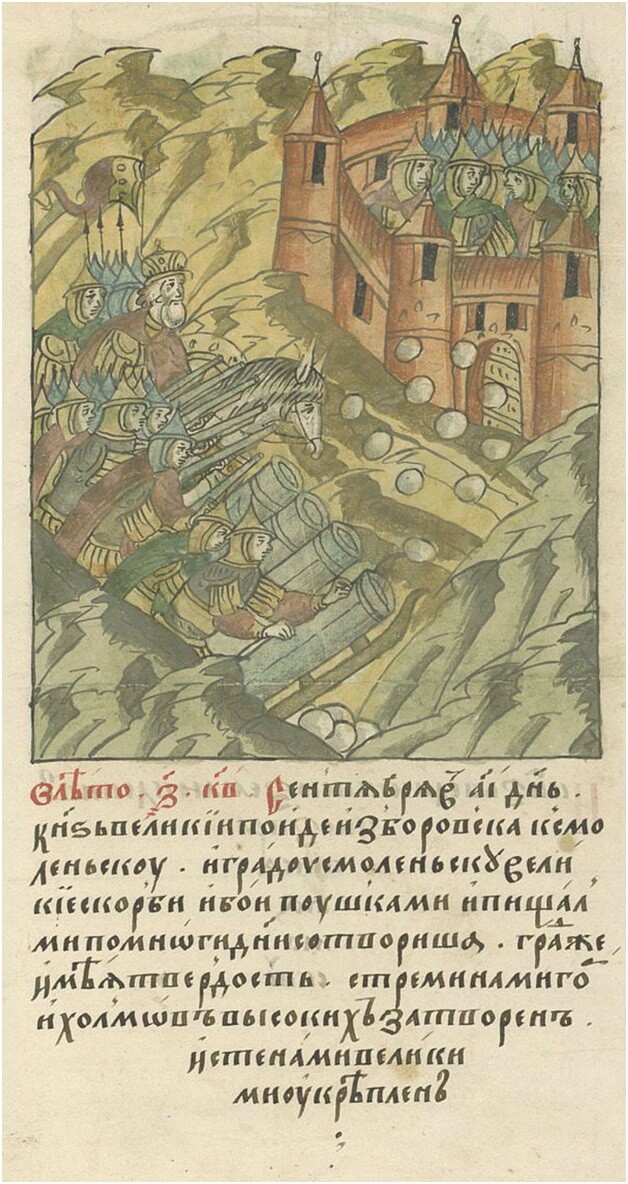 Illustration 2. Tsar Mikhail Fedorovich during the siege of the Smolensk 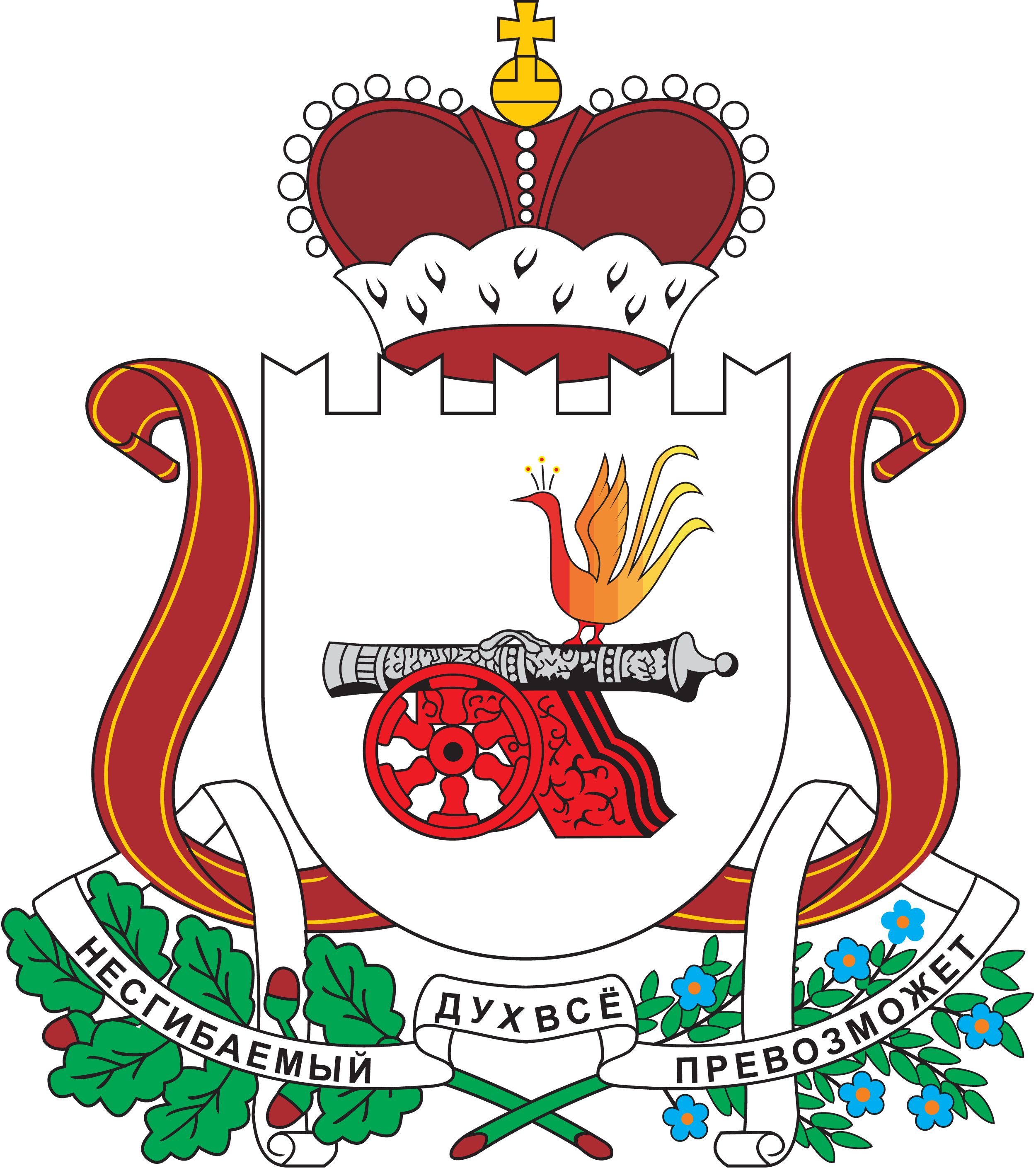 Illustration 3. Coat of arms of the Smolensk in 18-19 centuries: "unbreakable spirit will overcome everything"

Two hundred years earlier the final capture of Smolensk, Tsar Ivan III of Moscow had become a widower. The Pope and his cardinals tried to unite two churches and proposed he marry Sophia Palaiologina, the niece of Emperor Constantine, who had been killed by the Turks on the streets of Constantinople. The tsar looked at the sent painting of her and agreed, and three years later Sophia arrived in Moscow through the Baltic, avoiding another war with Poland. She brought her retinue with completely different cultural and genetic code, splinters of the lost empire. Being used to see tall armed with axes Varangians guarding the palace of her father, she wants something similar in her new home in Moscow. Ermine coats, high hats, gold-plated axes – it was a special Russian-Byzantium mix of fashions, used in the Russian court till Peter the Great. "Ryndas" been recruited from young boyar children, but the position was unpopular, cause there was a high chance of falling out of tsar’s favor. "Rynda with a large "saadak" — the tsar's chief squire with bow and arrows, who followed him in battle or on a hunt.

Unique civilization, which lies between east and west, Russia united the descendant of the  Basileuses’s Varangian guards of the East Roman Empire as ryndas and a truly nomadic attribute - Saadak, a derivative of the Scythian-Cimmerian "gorite", used by the tsar himself. Hero of Smolensk, tsar Alexei Mikhailovich, who was an avid hunter often went for several days for hunting with his ryndas, falconers and numerous retinue to the territory of modern Losiny Ostrov national park. Moscow was locked without him, including the Kremlin, the White City (the Boulevard Ring from the Kremlin to the Moscow River) and the outer wall (modern Sadovoe or Zemlyanoy Val), so nothing bothered him while hunting. It was forbidden to hunt and even appear in the territory of modern «Losiniy Ostrov» national park, those caught were sent into exile. Alexei Mikhailovich's saadak, previously carried by the rynda, is displayed in the Kremlin Armory, as well as the rynda’s axe. The helmet crowning the entire composition belongs to the father of Alexei Mikhailovich - Mikhail Fedorovich. He is depicted on the coat of arms of the Russian Empire. This is an imported Turkish helmet with some local modifications

By the end of the century the international authority of the Moscow tsars gradually increased. As a result of dynastic marriages with imperial lines, military victories and economic growth the idea of «Third Rome» become widely discussed. The Emperor of the Holy Roman Empire Maximilian in a letter of 1514 (just when the first time Smolensk was taken!) called Vasily III "... Kauser und Herscher alter Reussen ..." - Kaiser/Caesar/Tsar and Lord of All Russia. Peter the Great, later used this letter to proclaim himself «first-grade» emperor. «Grades» came to Russia with Jacob Bruce, a descendant of kings and a member of the most influential Scottish Masonic Lodge. At the times of Alexei Mikhailovich or Peter the Great, comrade Stalin or Vladimir Putin, to roar back is to follow the true nature of Russia! 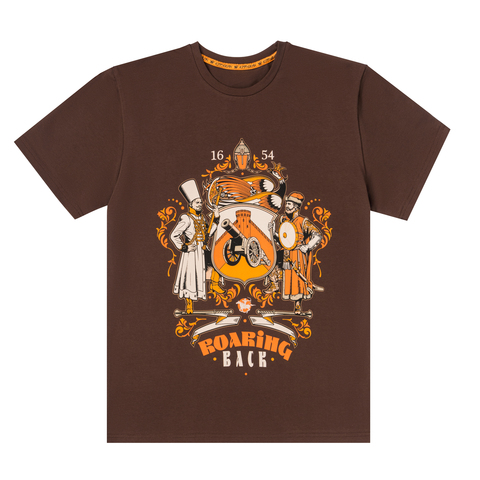 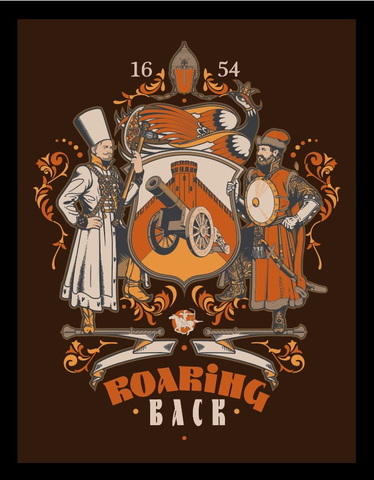