1885: only twenty-four years have passed since the emancipation of serfs, Russia and England are dividing Afghanistan, the French are recapturing Vietnam from the Chinese, Daimler and Maybach in Germany invented the first motorcycle, and Konstantin Eduardovich Tsiolkovskiy, a school teacher living 100km SW from Moscow, is already thinking about creating a "rigid airship" and "rocket trains". 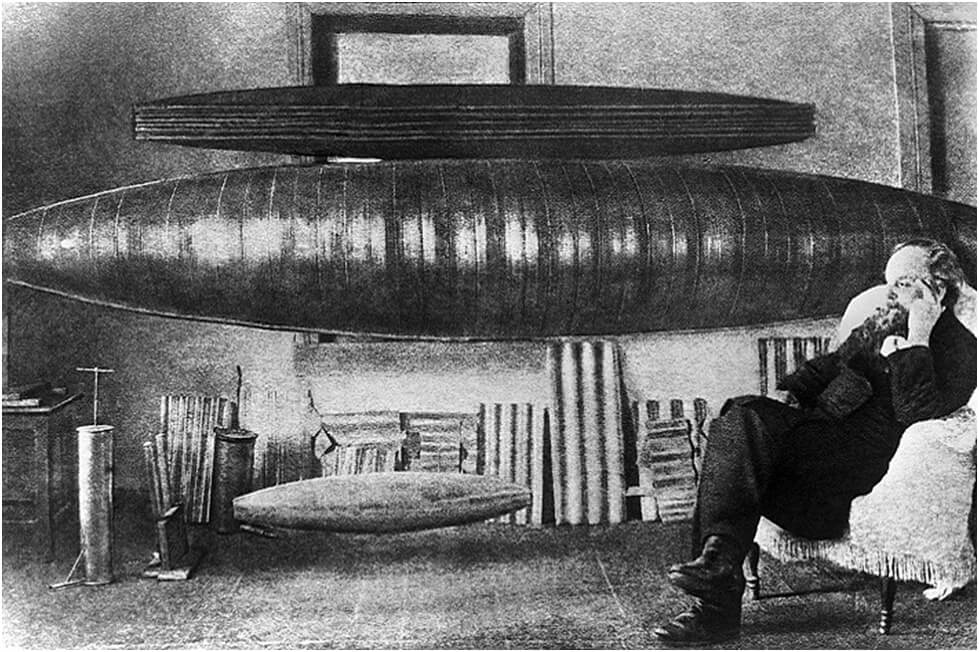 Illustration 1. Photo of the Konstantin Tsiolkovskiy and a model of his "rigid airship"

The development of the theory of jet propulsion, the design of an airplane, formulas for calculating the maximum flight speeds and accelerations of rockets with variable mass prepared the theoretical basis for the beginning of space exploration. A personal meeting with Korolev in 1931 gave birth to the first Soviet ballistic missile.

In this context, it is necessary to mention the outstanding Russian scientist Ivan Meshchersky, the founder of the theory of variable mass mechanics, whose work served for modern rocket dynamics, the creator of Soviet liquid-propellant rocket engines Valentin Glushko (he was in correspondence with Tsiolkovsky 1923-1930), as well as rocket science pioneers Herman Obert and Werner von Braun (Germany), Robert Esnault-Pelterie (France), Robert Goddart (USA), who followed a similar path.

On October 4, 1957, all radio amateurs of the planet heard a signal from the first artificial Earth satellite  here is a recording made in Washington:

The satellite carried a Geiger counter and a meteoric particle sensor, which made it possible to open the radiation belts. 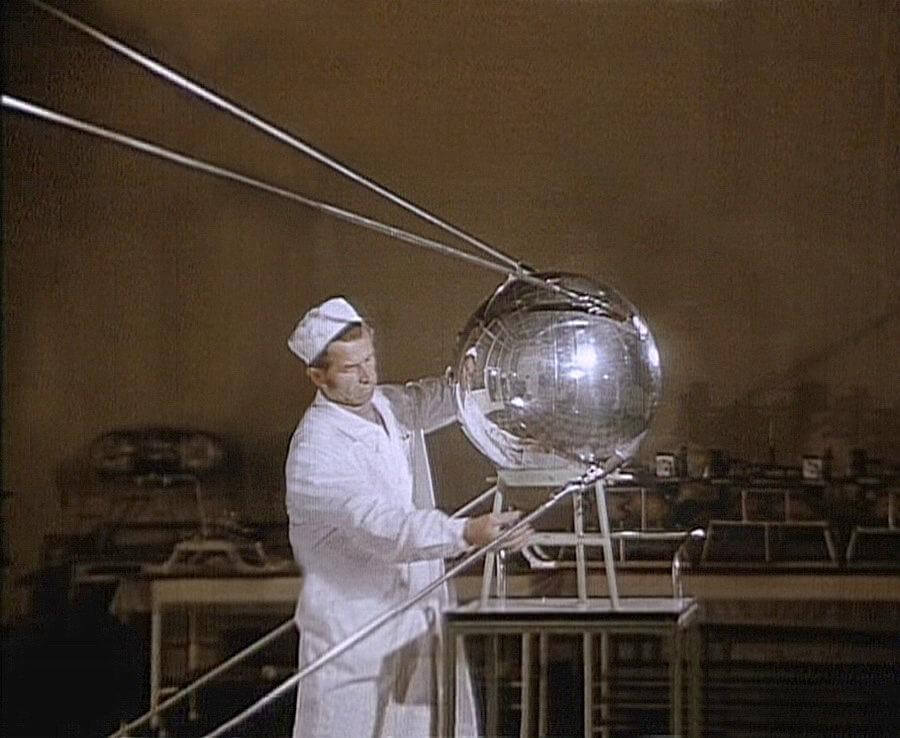 On April 12, 1961, the Soviet cosmonaut Yuri Gagarin completed one orbit of Earth in a Vostok-1 spaceship and became the first human to journey into outer space! Just imagine how it feels to do this leap of faith with all-analog 1950s technology! 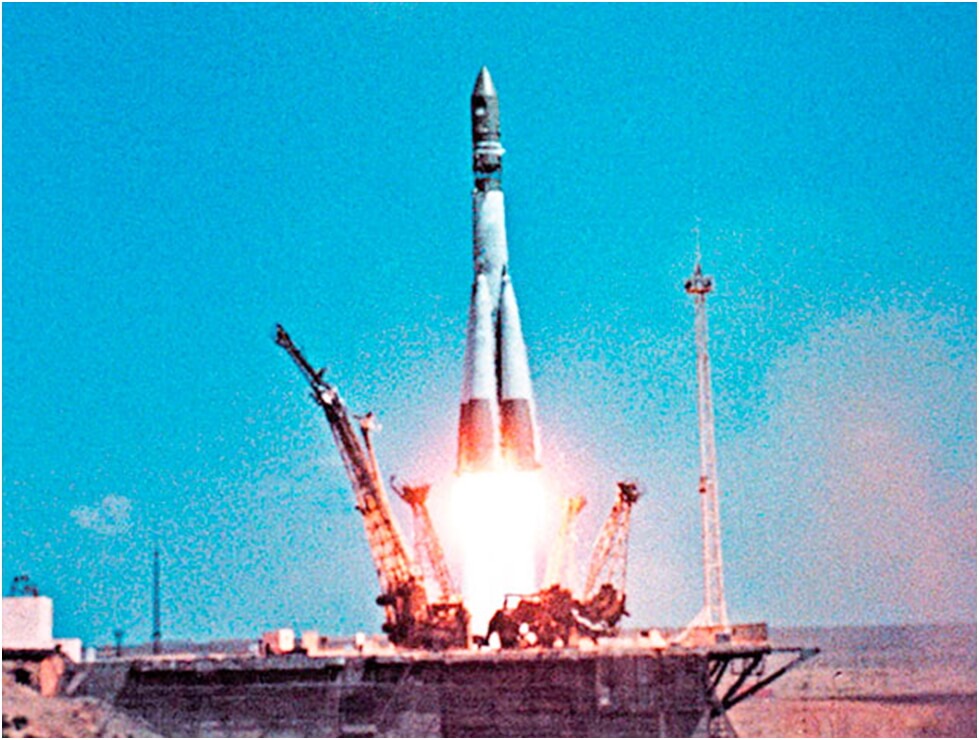 Illustration 3. Photo of the launch of the rocker "Vostok" with first spaceship "Vostok-1" 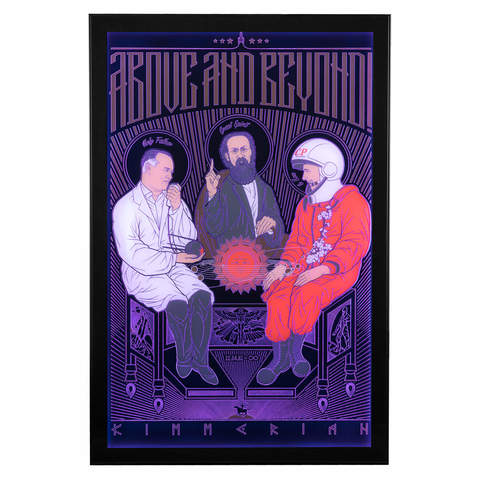