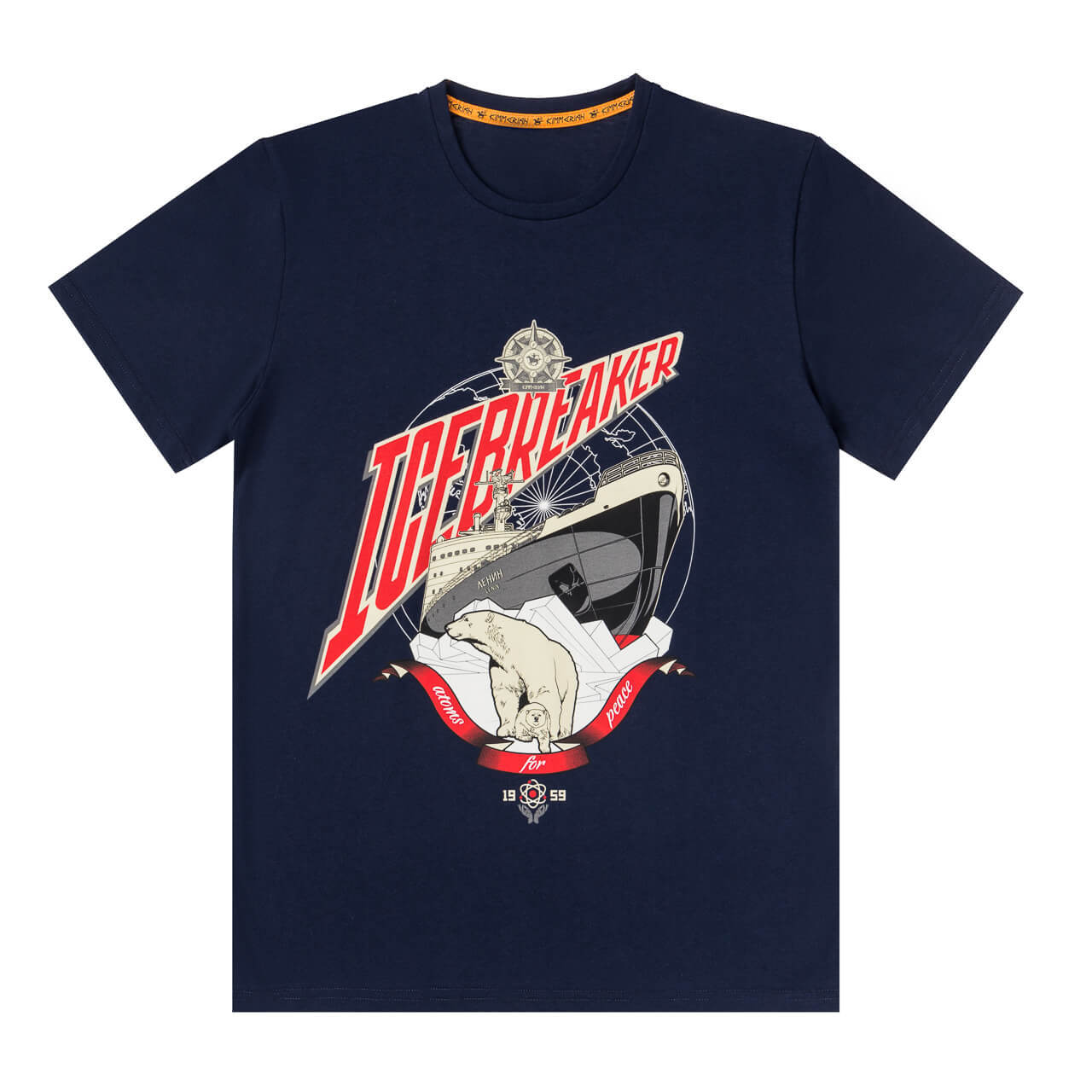 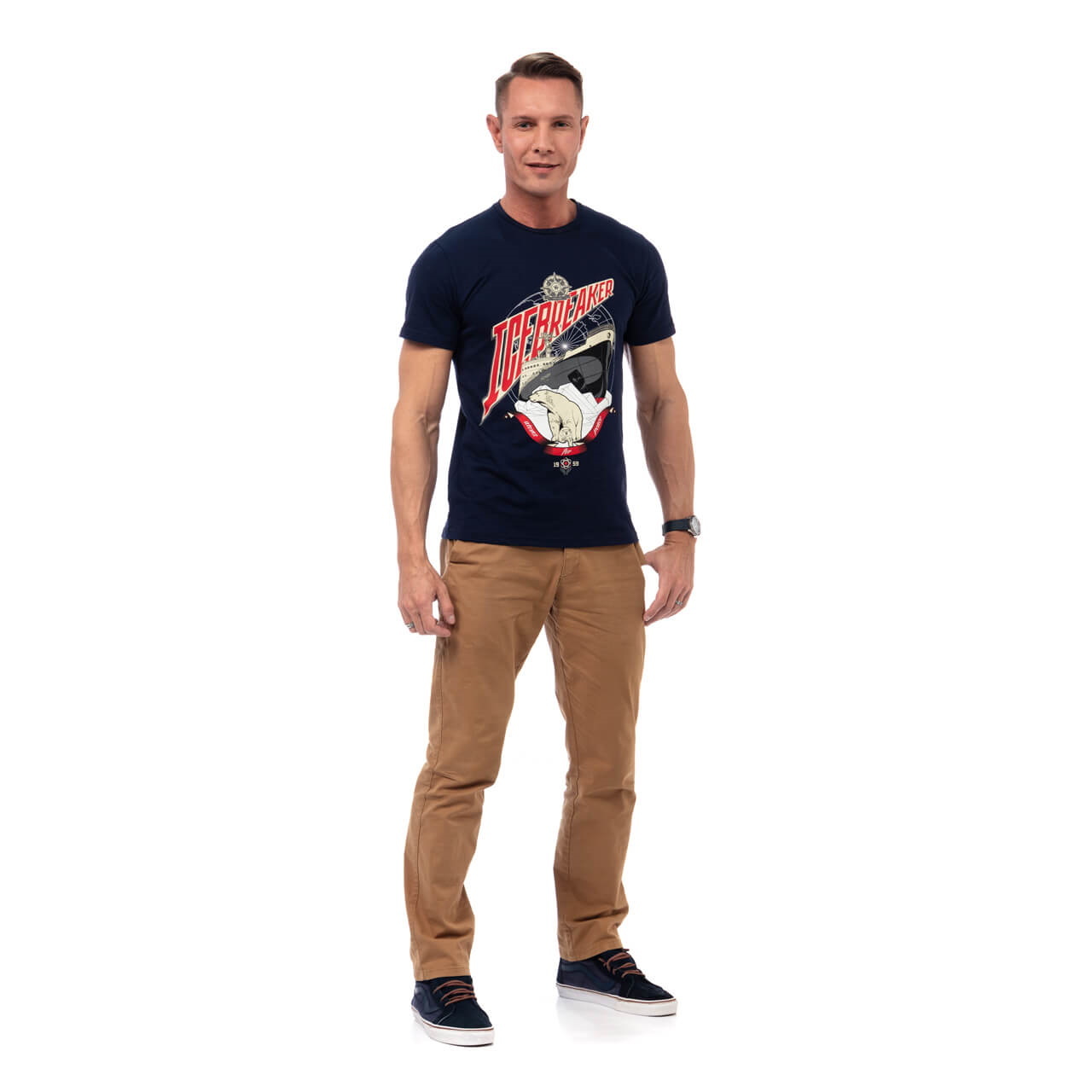 On December 5, 1957, the icebreaker Lenin, the world's first nuclear-powered surface vessel and the world's first civilian nuclear-powered vessel left the Leningrad shipyard. During her thirty years of service, she made it possible to significantly expand navigation in the northern latitudes and led 3741 transport through the icefields. Being a symbol of the technological and scientific victory of the Soviet Union in peaceful nuclear development, it was visited by Yuriy Gagarin, future US President Richard Nixon, British Prime Minister Harold Macmillan, Fidel Castro, Alexandra Pakhmutova played the piano in the wardroom trimmed with karelian birch. Once having taken the lead, Russia still has the biggest nuclear icebreaker fleet, the largest and the most powerful in the world icebreaker «Arktika» was just launched. 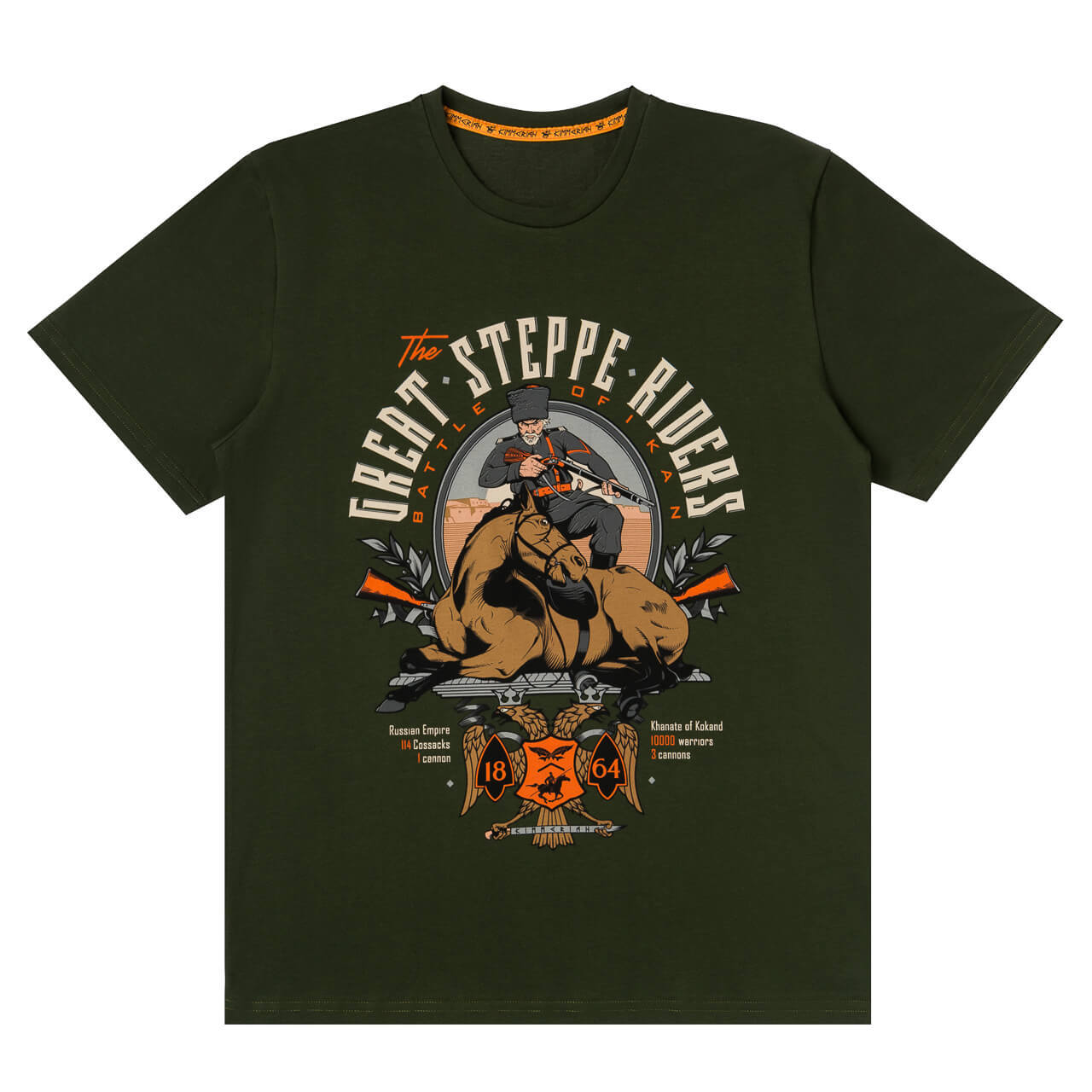 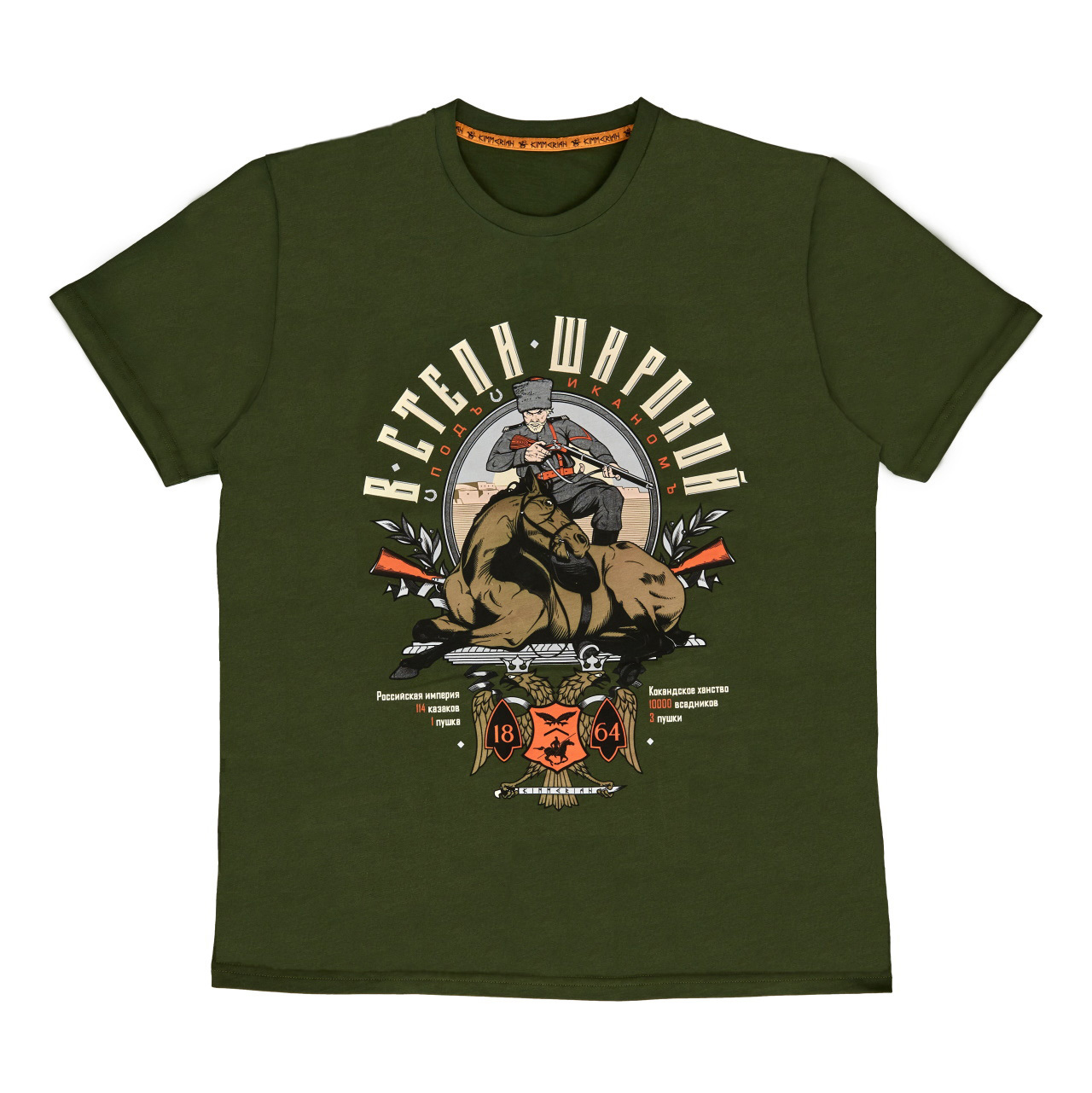 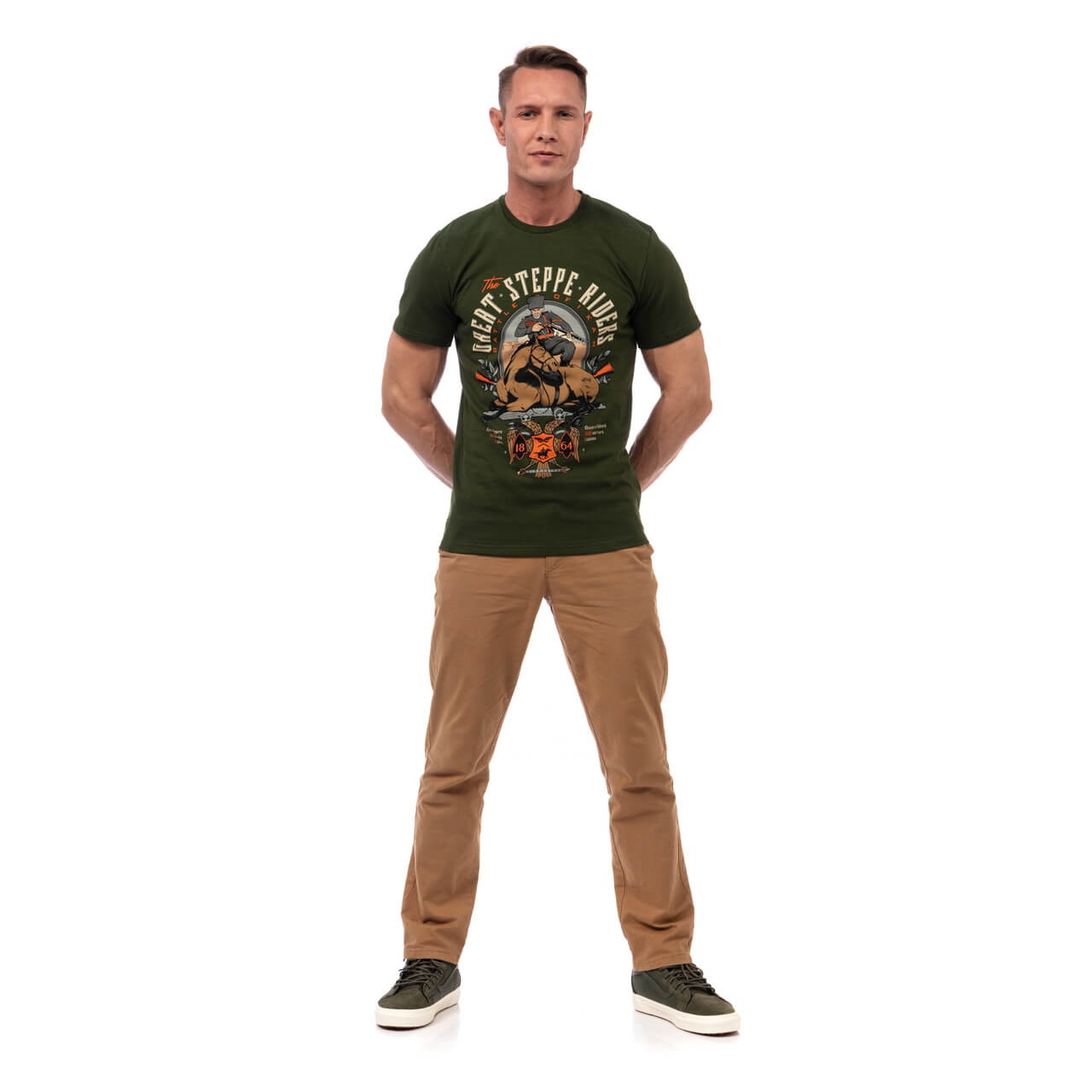 During the Russian Empire military campaign in Central Asia on the 4th of December 1864, a  hundred Cossacks left the city of Turkestan to secure the convoy passage. A small reconnaissance raid turned into a three-day battle with the ten thousand army of the Kokand Khanate, as a result, more than half a hundred were killed, but the rest breakthrough and reunited with the main body of the army. The Khan had to change his plans. The glory of this hundred is shining through the centuries. 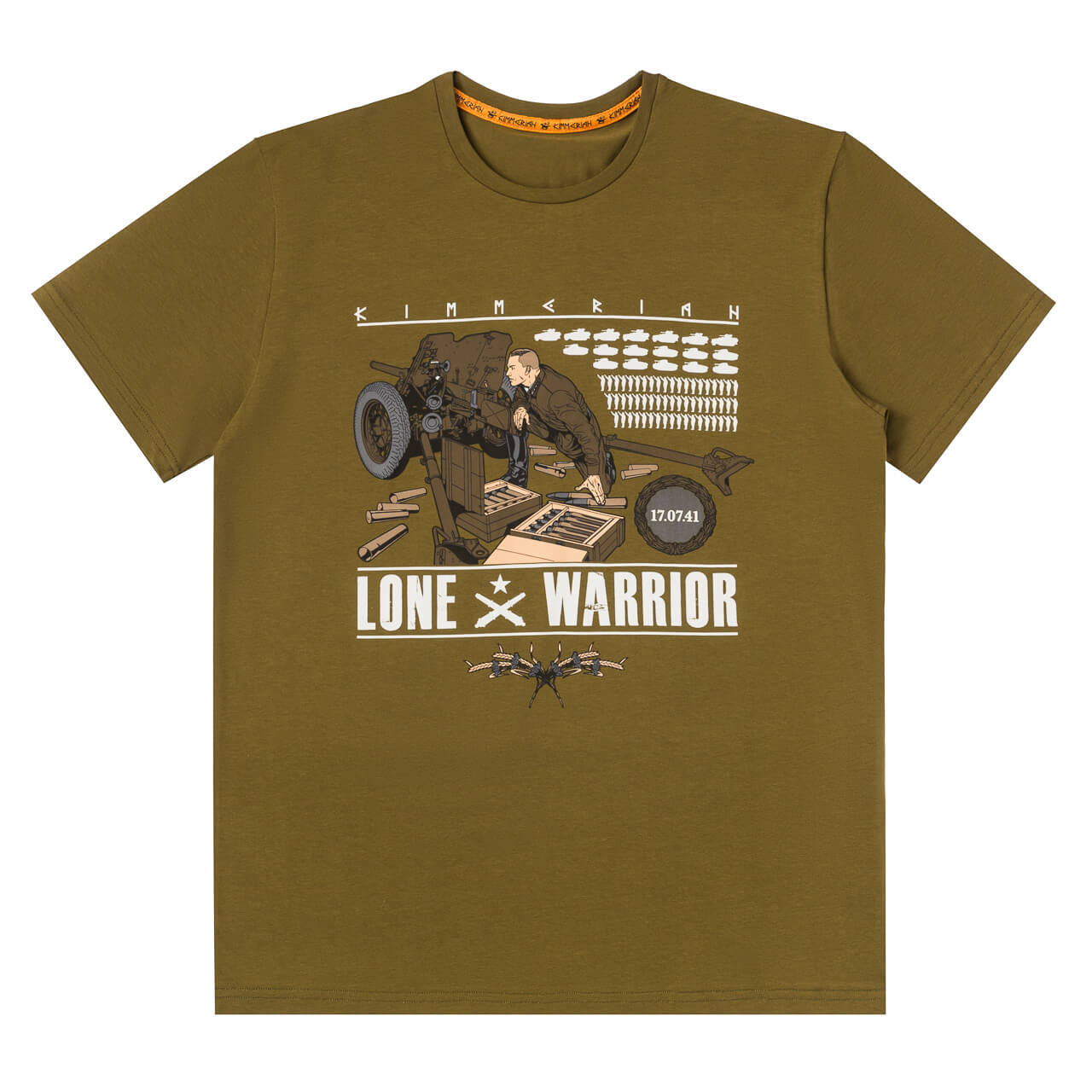 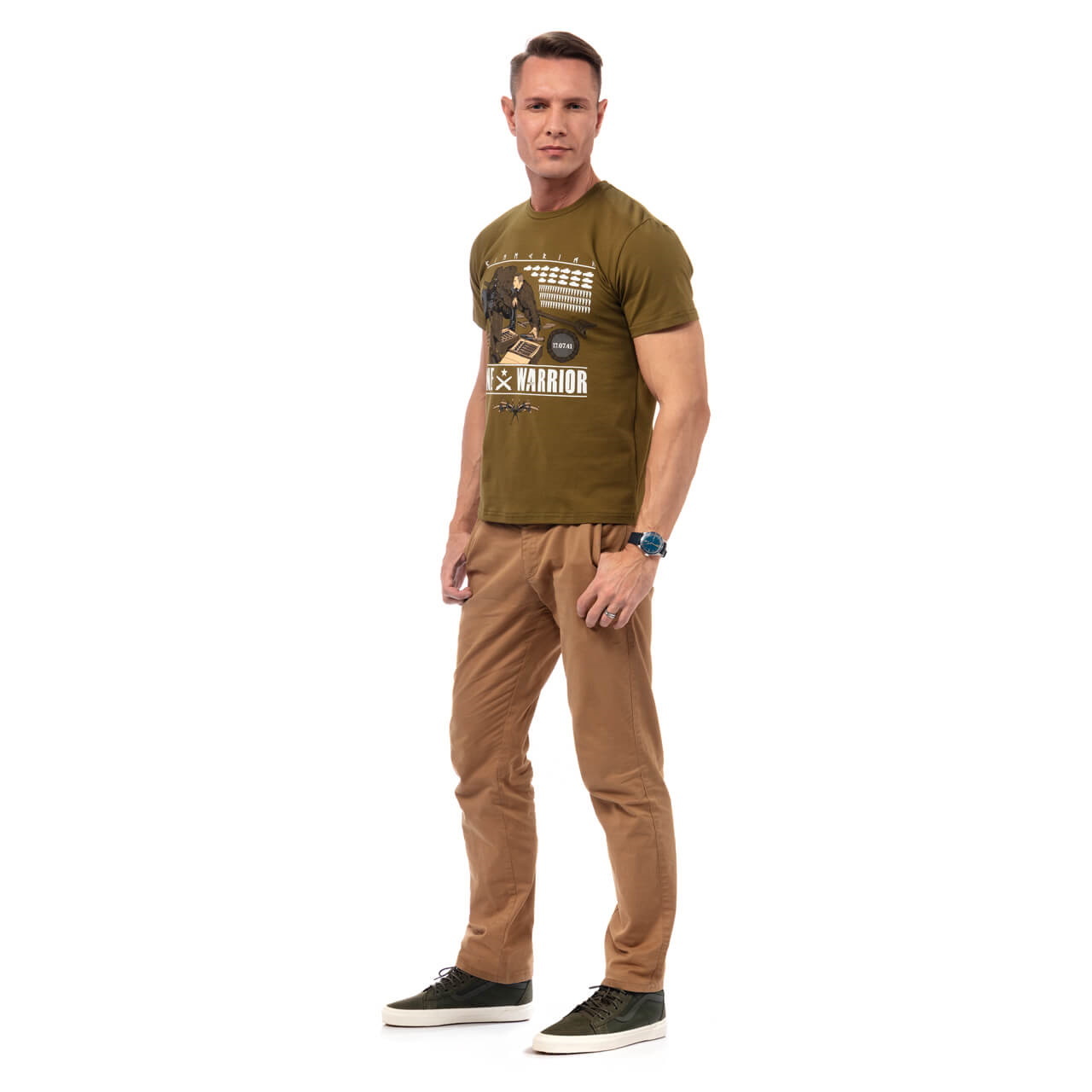 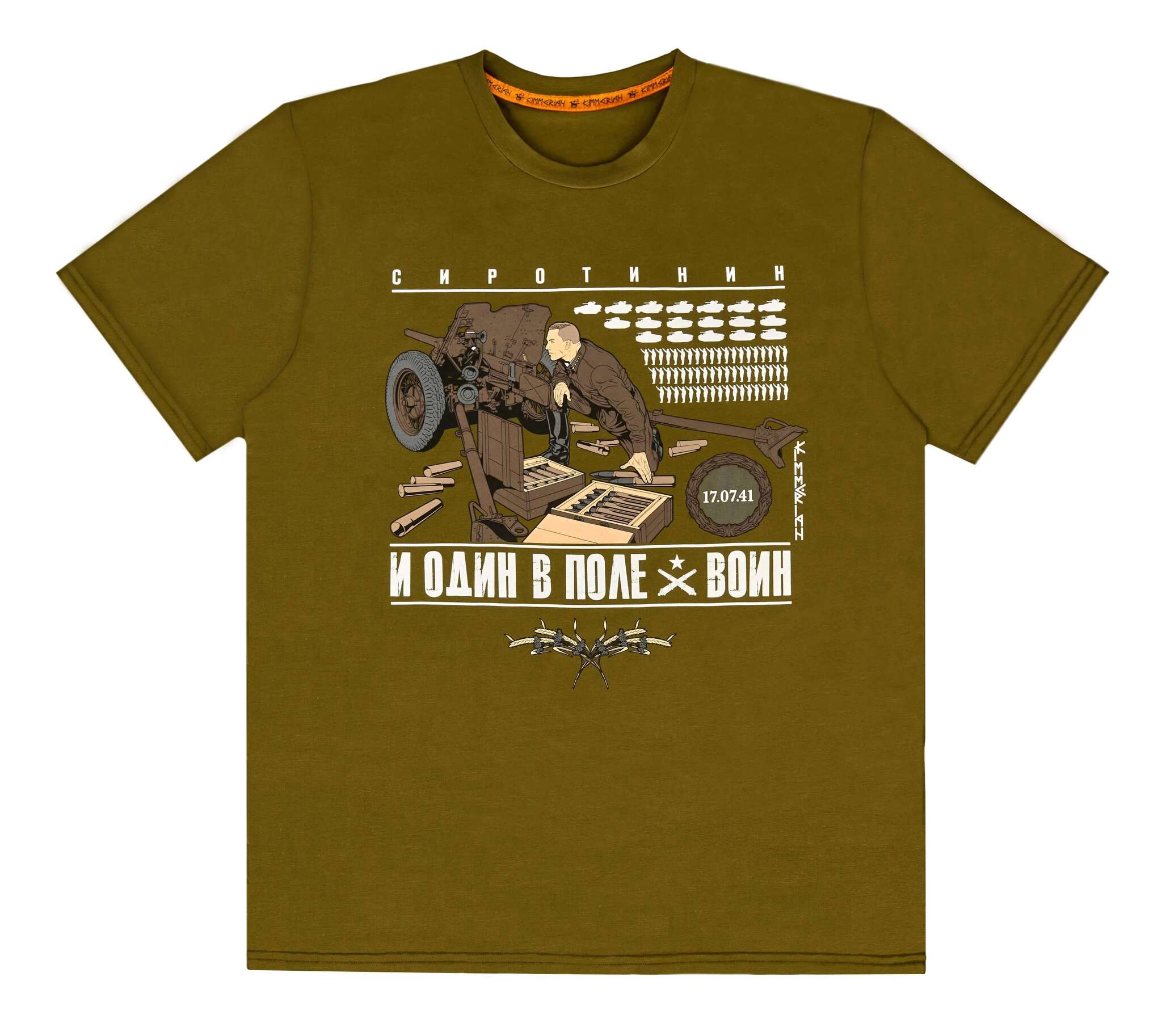 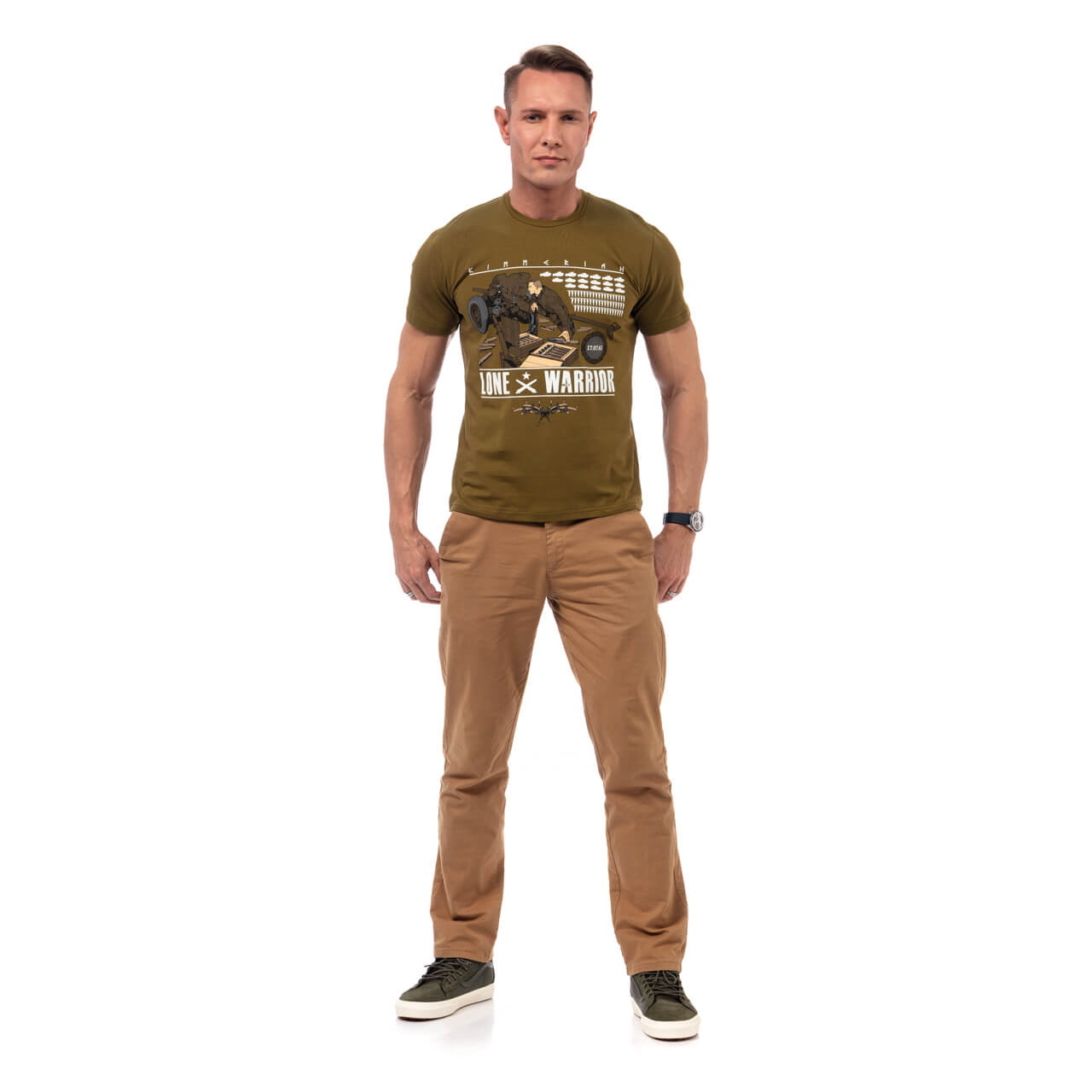 During the Russian Empire military campaign in Central Asia on the 4th of December 1864, a Cossack's hundred left the city of Turkestan to secure the convoy passage. Small reconnaissance raid turned into a three-day battle with the ten-thousandth army of the Kokand Khanate, as a result, more than half a hundred were killed, but the rest breakthrough and reunited with the main body of the army. The Khan had to change his plans. The glory of this hundred is shining through the centuries. 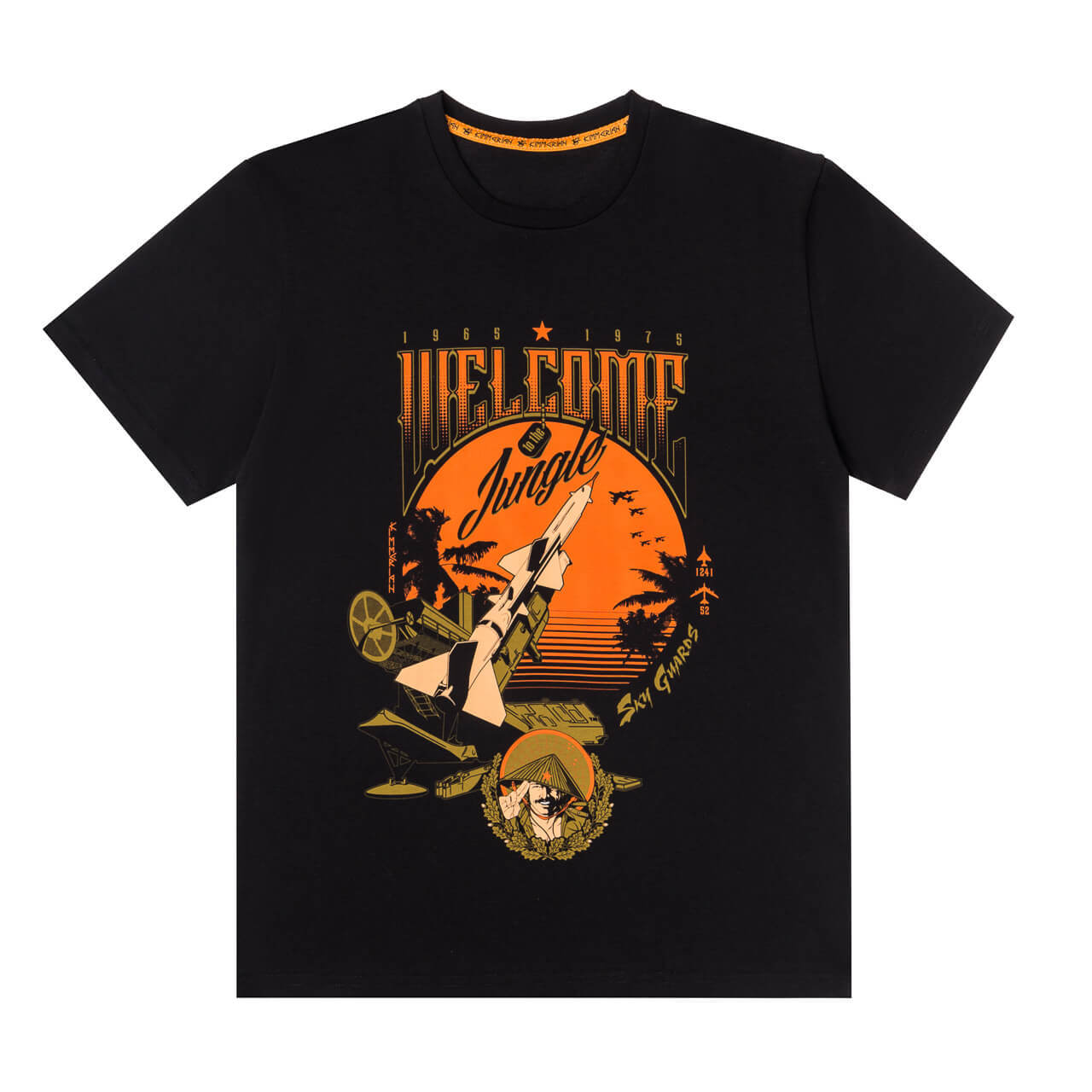 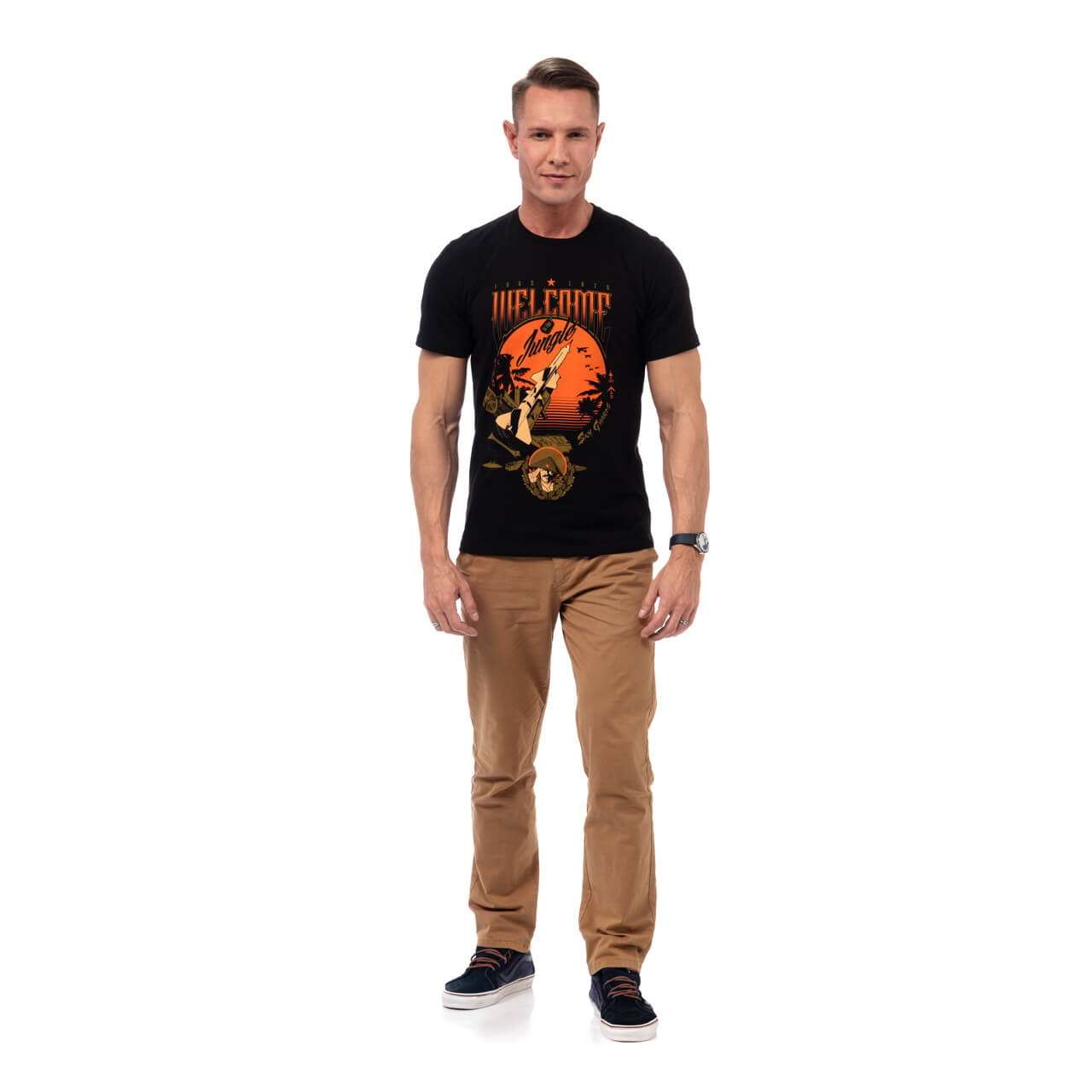 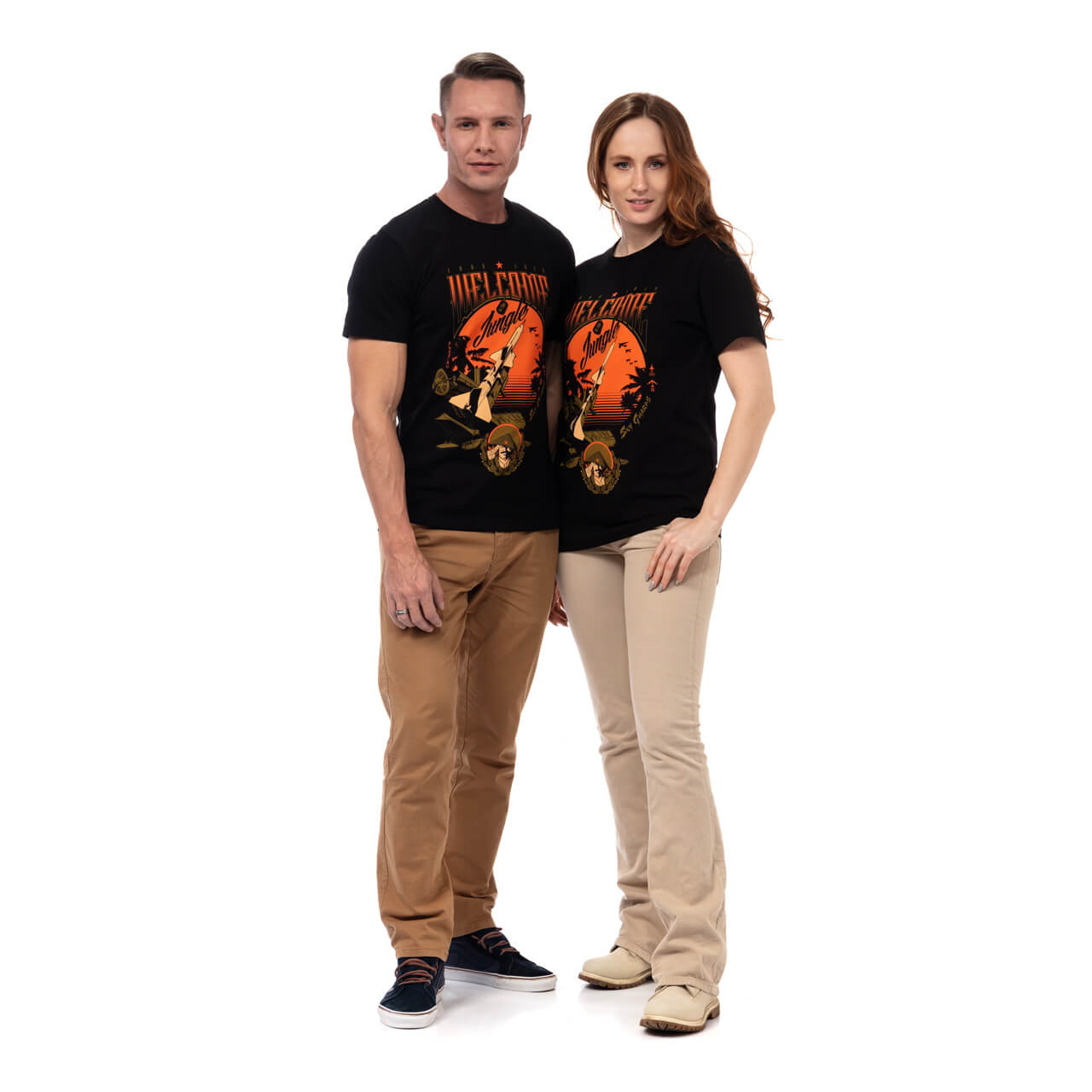 1970, palm trees in the rays sunset near the ocean, the evening breeze, seems you can relax on the beach, but American air armada wants to burn our cities and villages! To meet uninvited guests, friends from the North deployed S-75 air defense system, which back in 1959 opened the era of anti-aircraft missiles in Beijing with the first successful shot of recon aircraft. Combat score of the Vietnam War with 52 downed B-52 bombers and 1241 other American warplanes. Saluting Soviet military adviser: «Welcome to the jungle, we've got fun and games!» 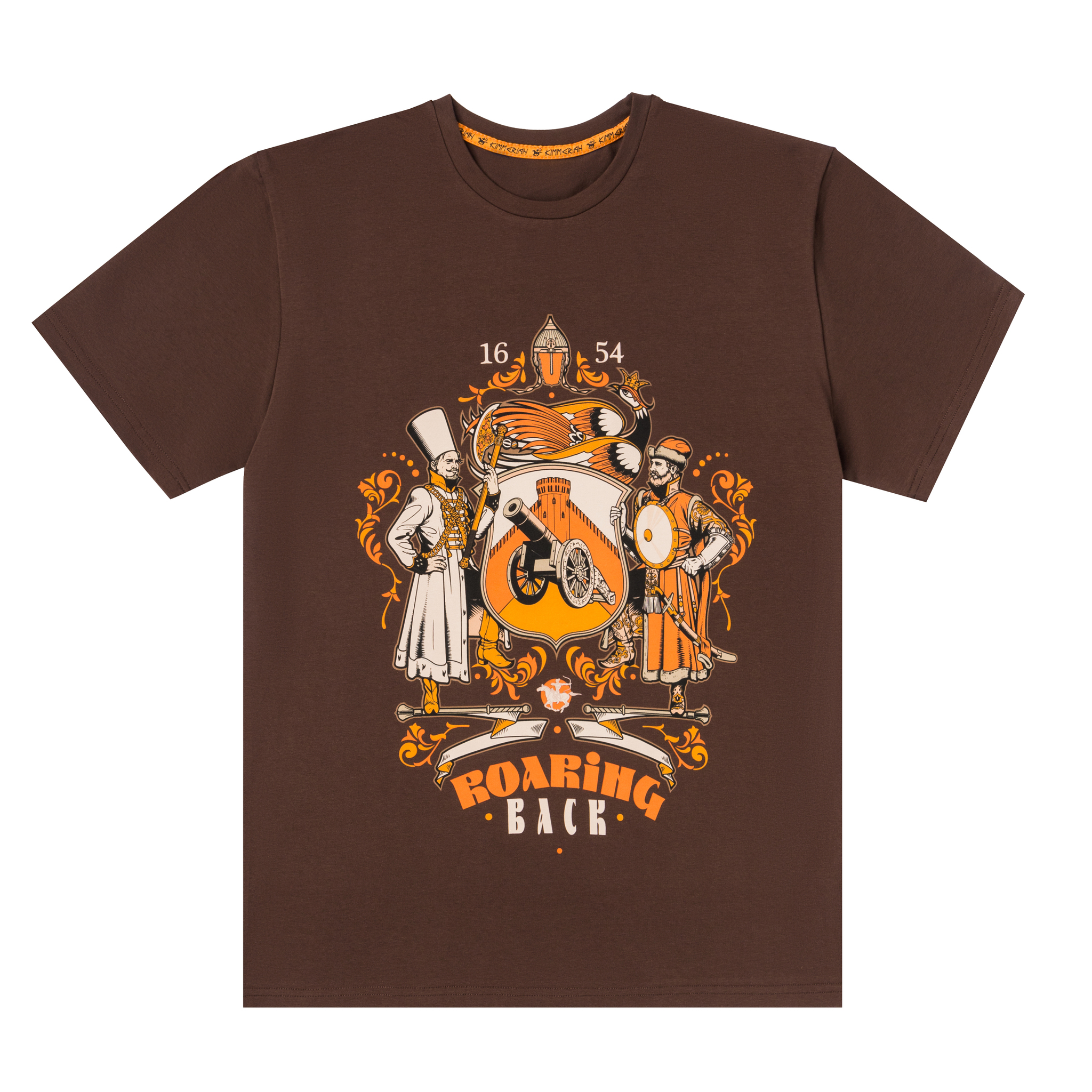 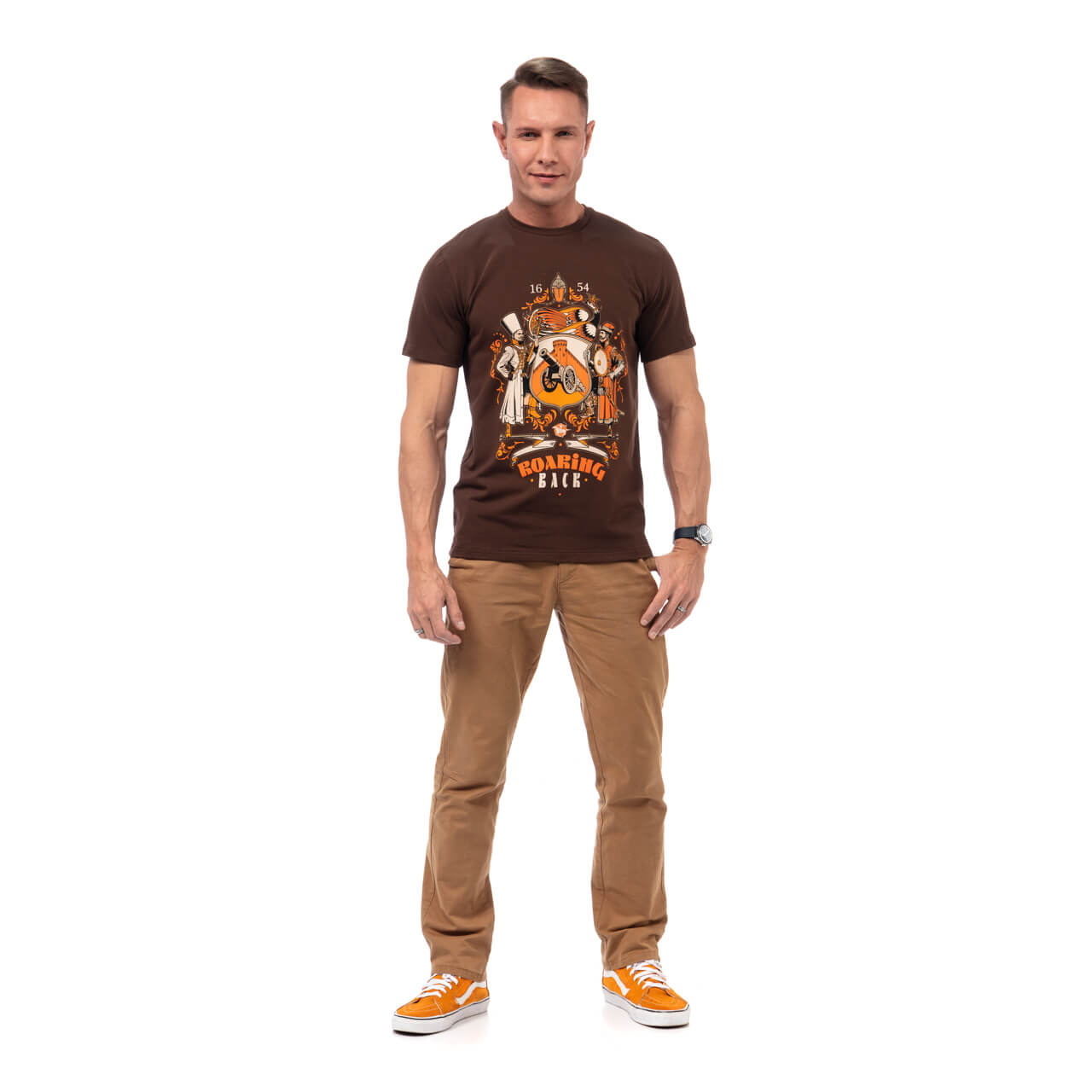 T-shirt «Conquest of the Smolensk» brown

In 1654, the city of Smolensk was finally returned by the tsar Aleksey Mikhailovich, marking the breakthrough victory in 150-year rivalry with Poland. The cannon and firebird directed to the West from the coat of arms of the city are crowned with a tsar’s helmet, which is also placed in the center of the coat of arms of the Russian Empire. On the left, there is a «Rynda» - a Moscow version of the Varangian guard, which was brought by Sophia Palaiologina, niece of the last emperor of Byzantium Constantine. Roaring back Russian rulers successfully returned lands from the end of the 13th century to our times! 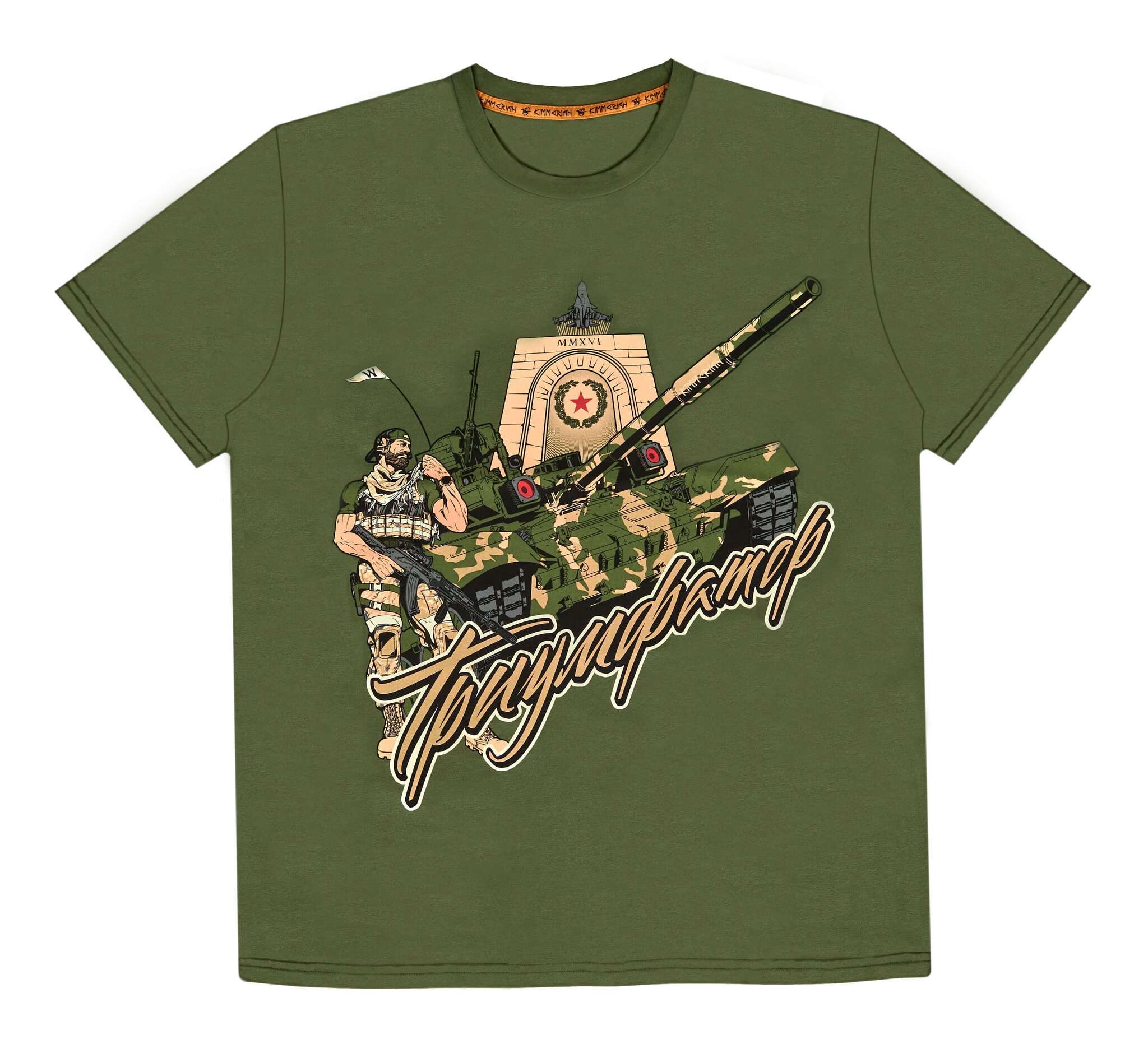 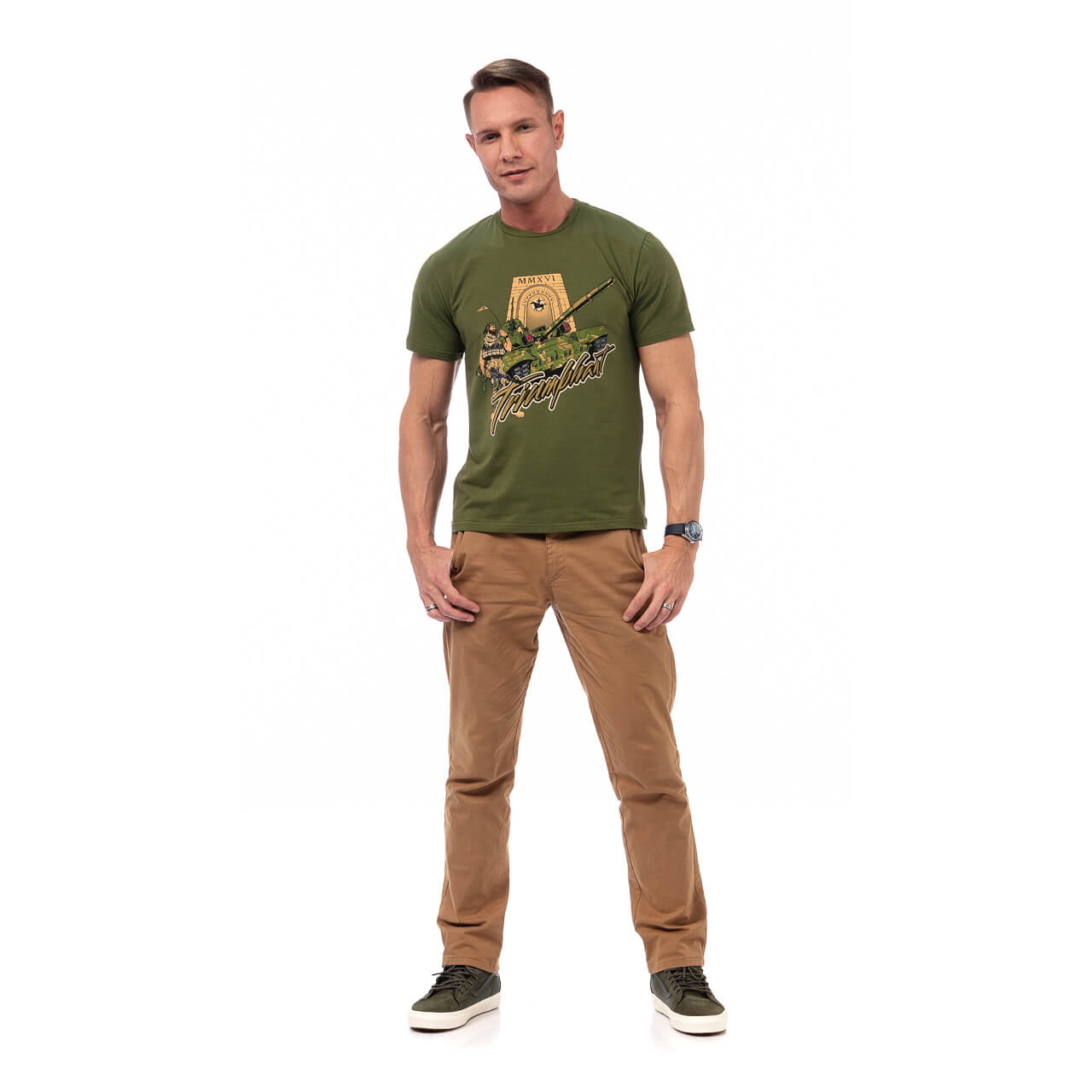 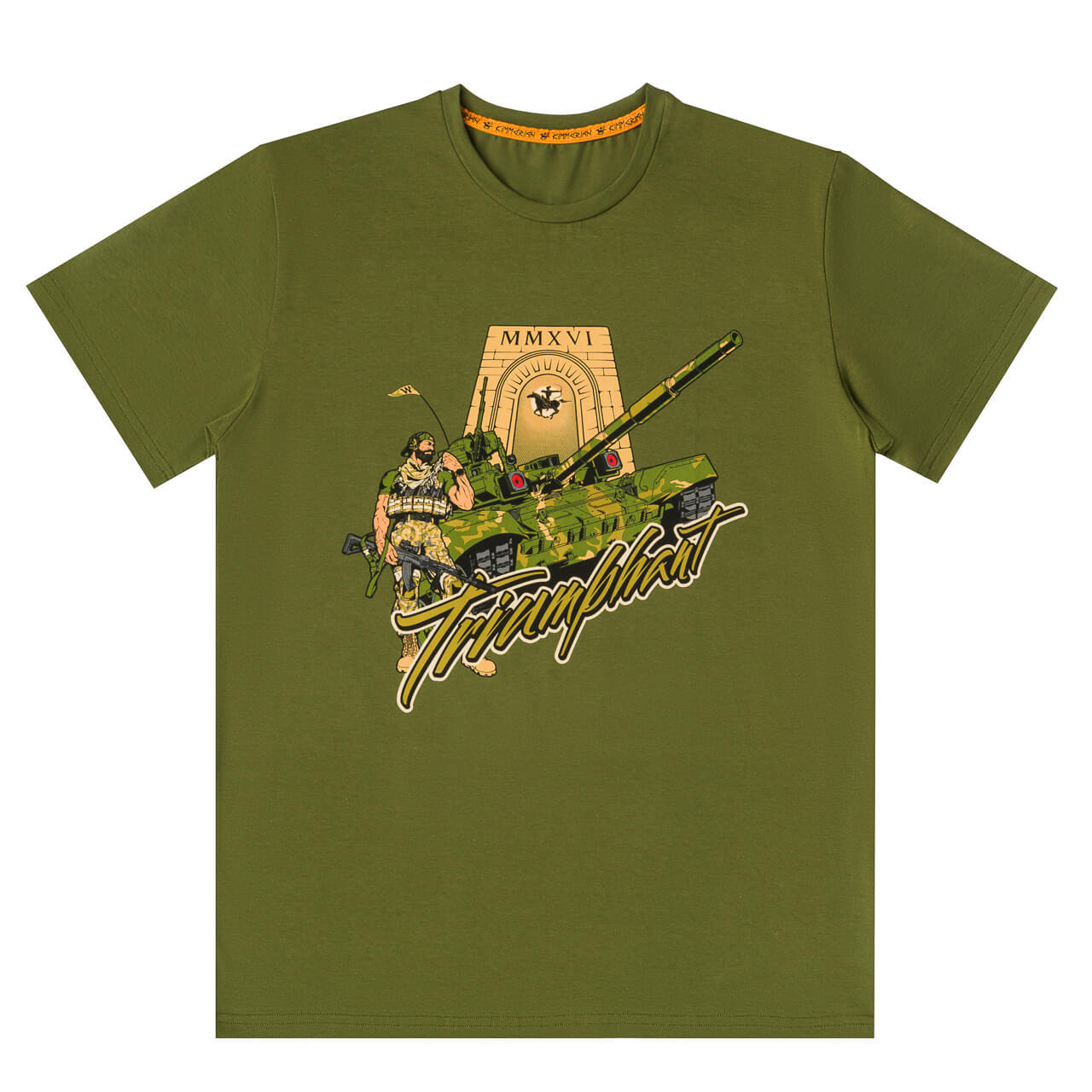 In 2016 the members of the most famous Russian private military «orchestra» named after Wagner entered the arches of the ancient city of Palmyra, repeating triumphant Roman Emperor Aurelian. Accompanied by the Т-90 - most commercially successful main battle tank of the beginning of the millennium and supported by the Russian warplanes, they turned the tide of the war in Syria. 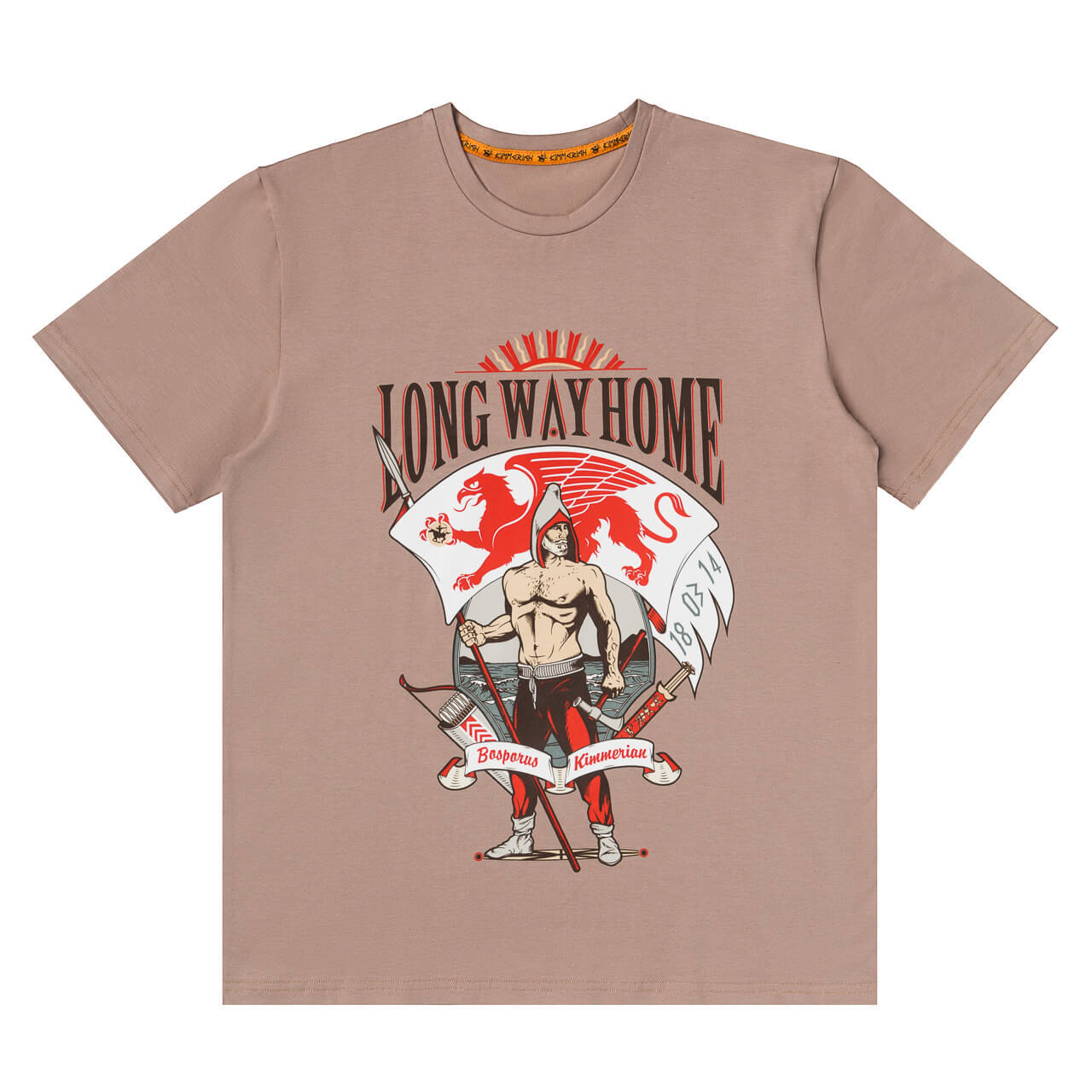 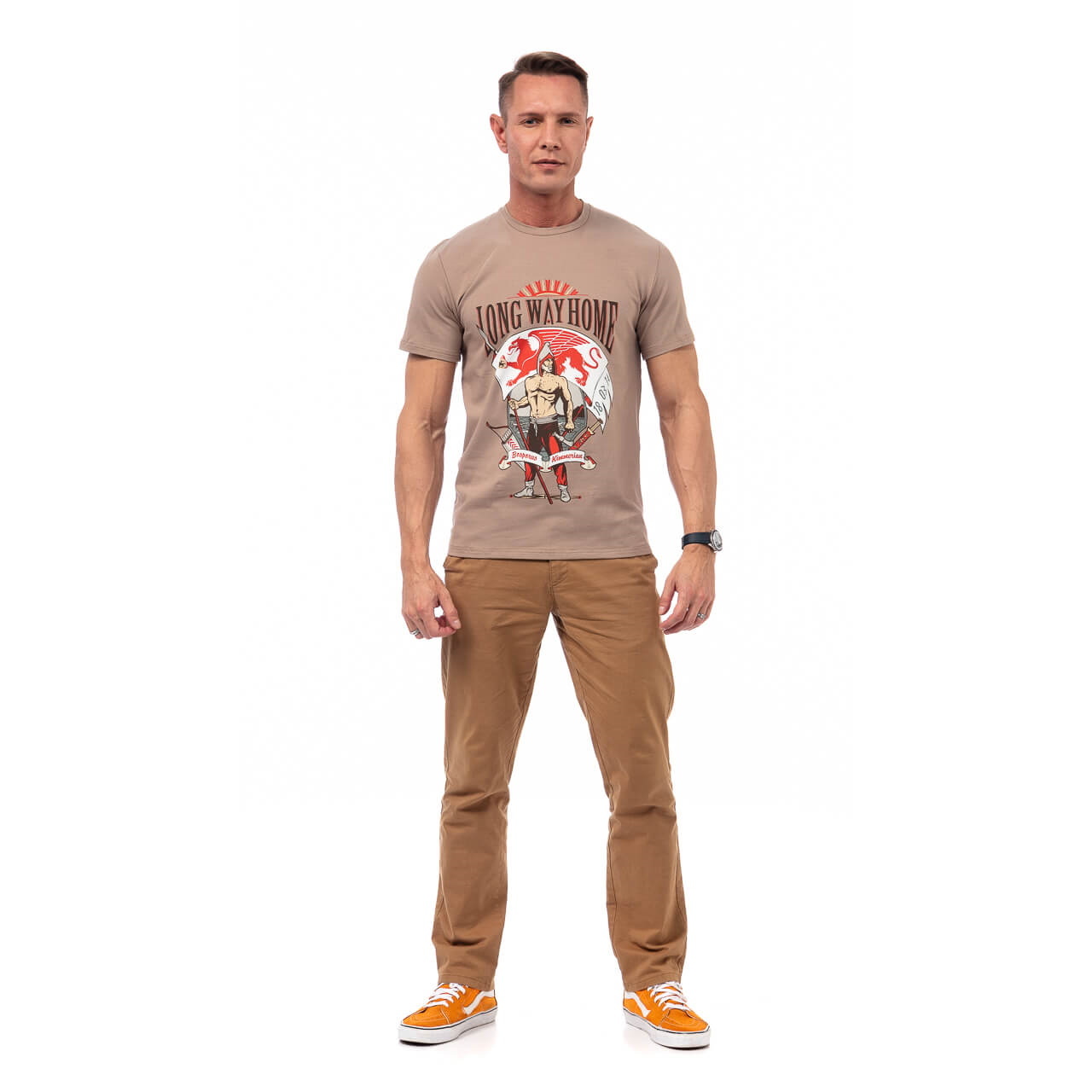 Three thousand years ago, both sides of the Cimmerian Bosporus, currently known as the Kerch Strait, was owned by the Cimmerians, then they were replaced by the Scythians, Greeks, Goths, ninth-century Russian Tmutarakan state, then the Mongols, the Genoese, Tatars, and on March 18, 2014, both banks returned to Russian Federation. The banner, which is a variant of the state emblem of the Republic of Crimea, is held by a Cimmerian warrior in a «Phrygian cap» - a symbol of liberation. The Scythian arms and the Panticapaeum coin under the feet. The center of the sun, located in the letter «A», refers to the ancient spiritual way. 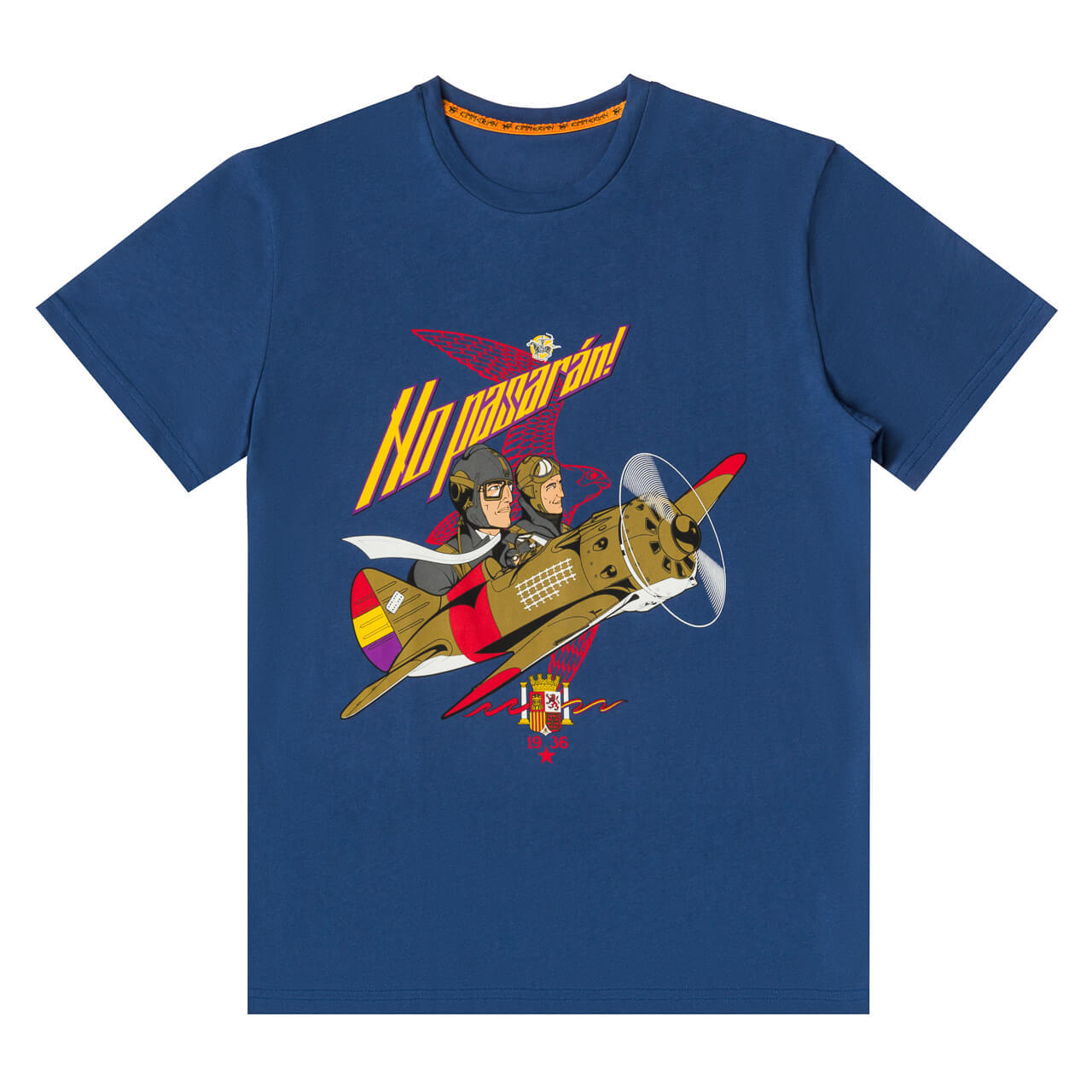 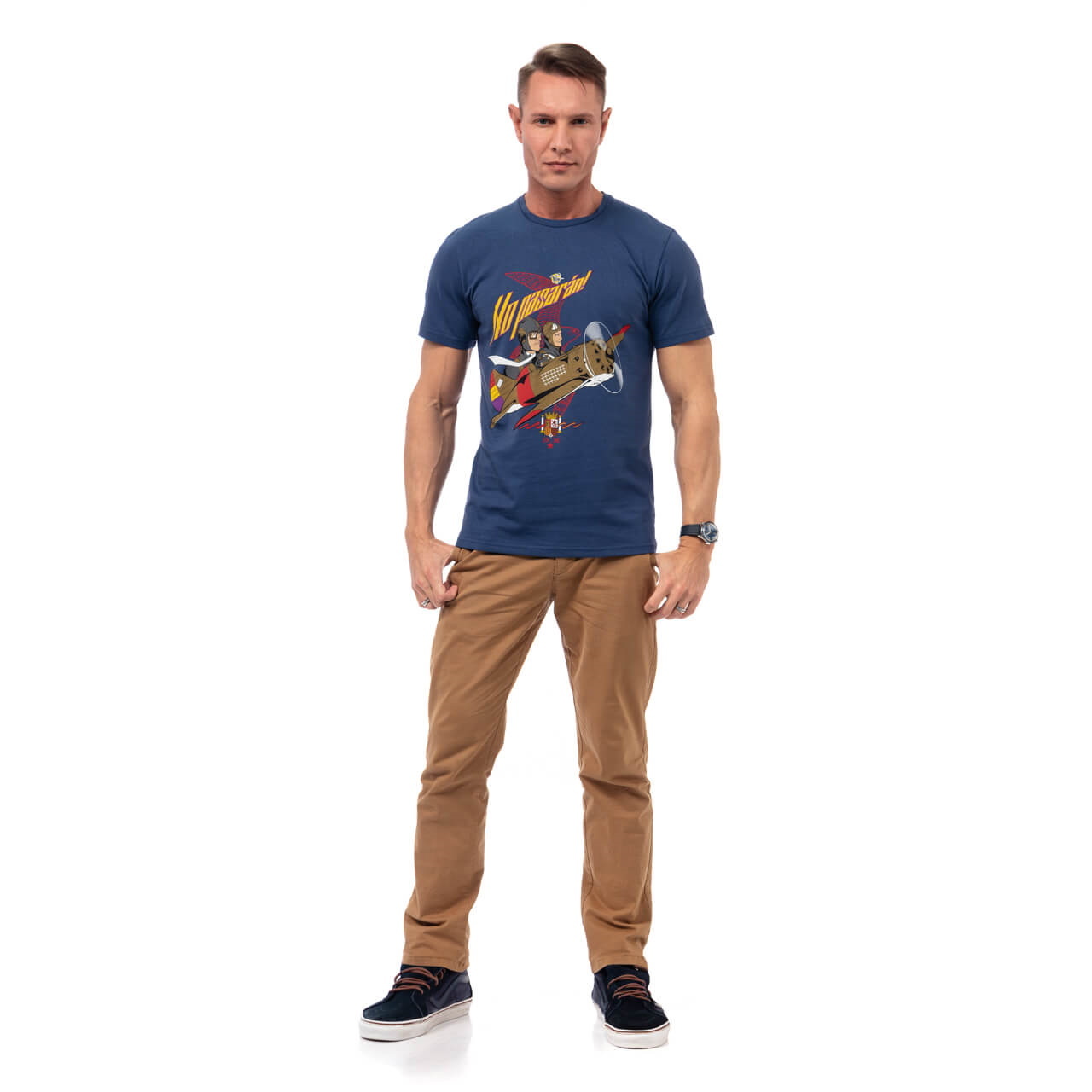 I-16 is the first serial monoplane fighter with retractable landing gear, the hero of the beginning of the Spanish Civil War, the last with an open cockpit the perfect match for the silk scarves. The Soviet pilot and his Spanish brother-in-arms, the spirit of piston engine warplanes, the coat of arms of the Spanish Republic and the motto which guided people from all around the world to fight for liberty. 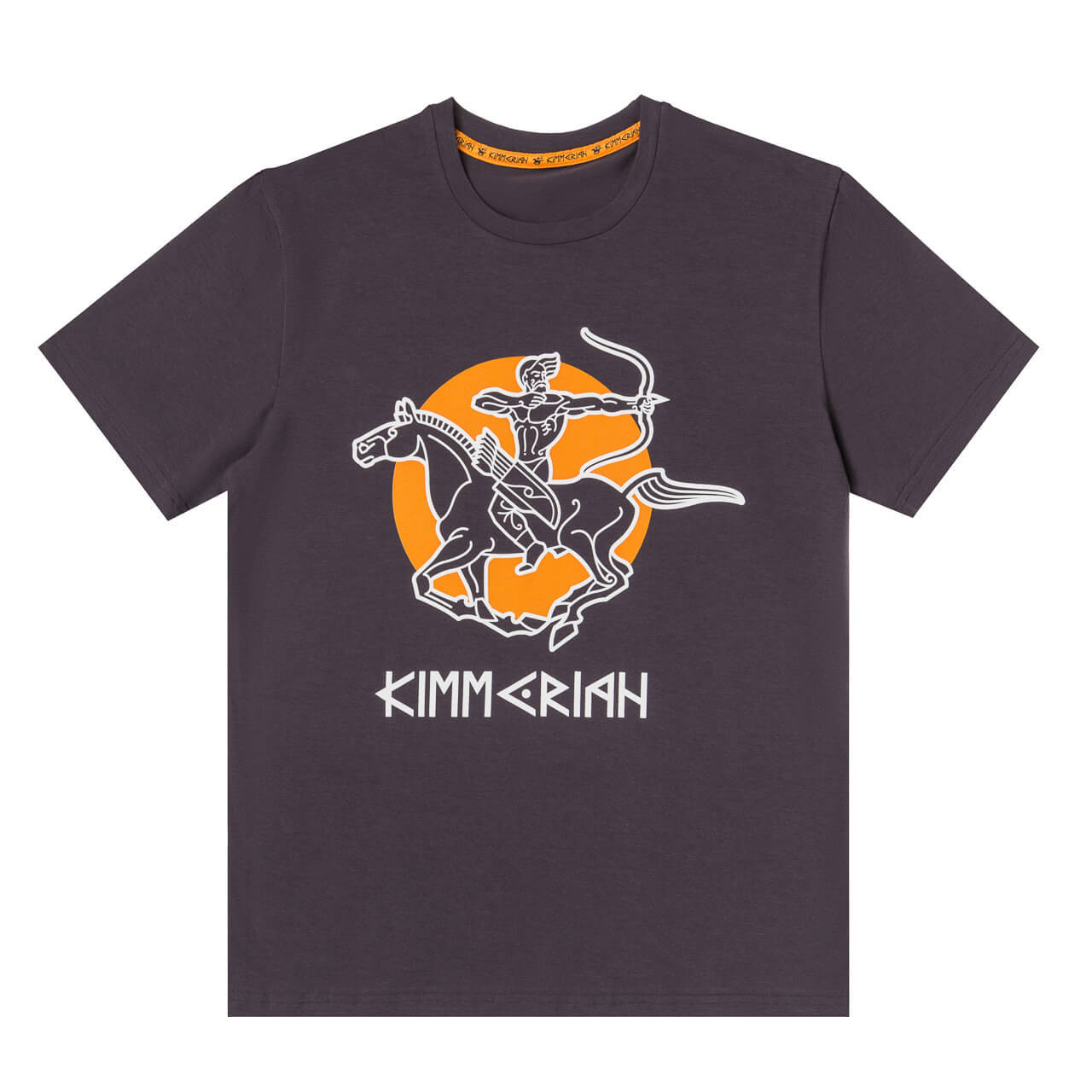 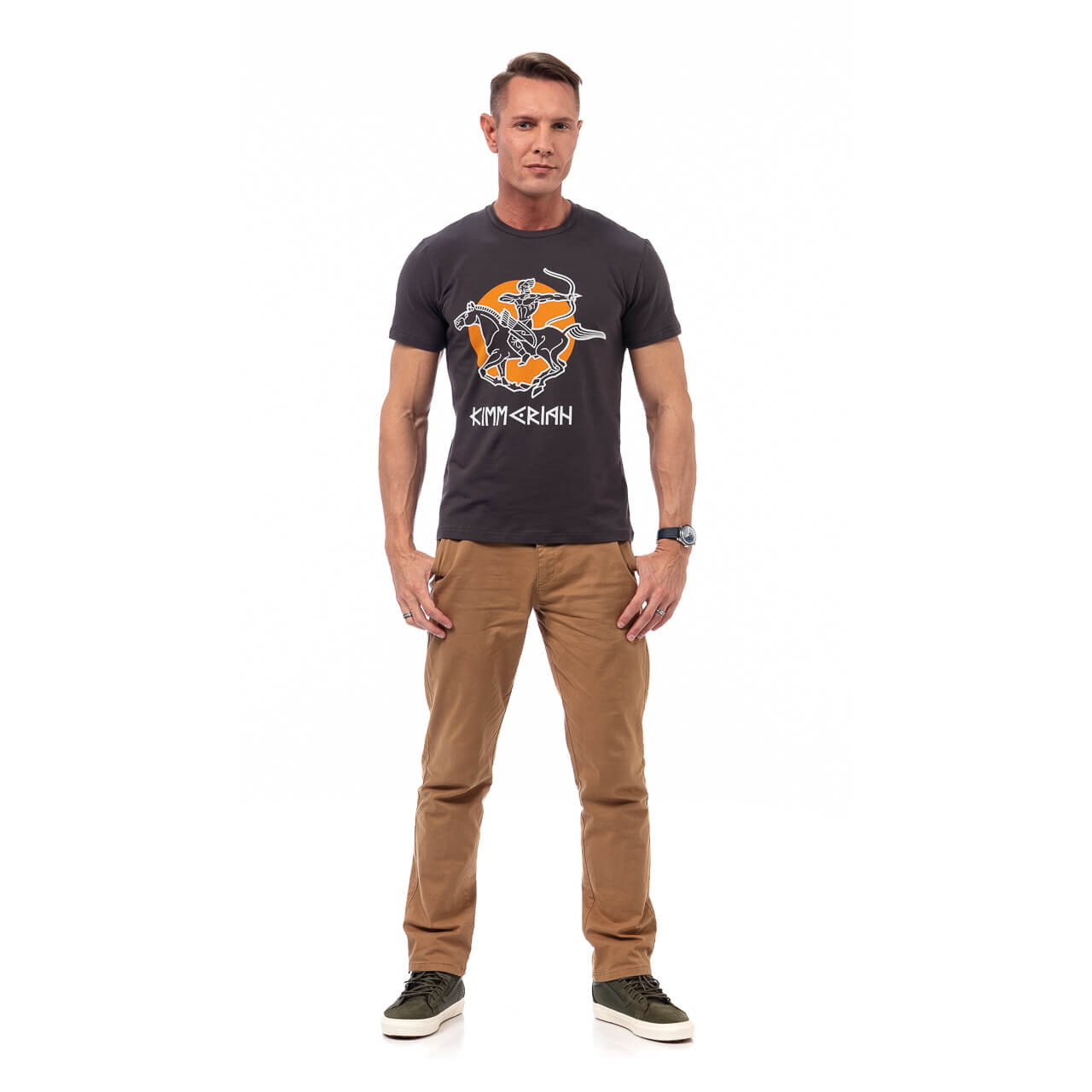 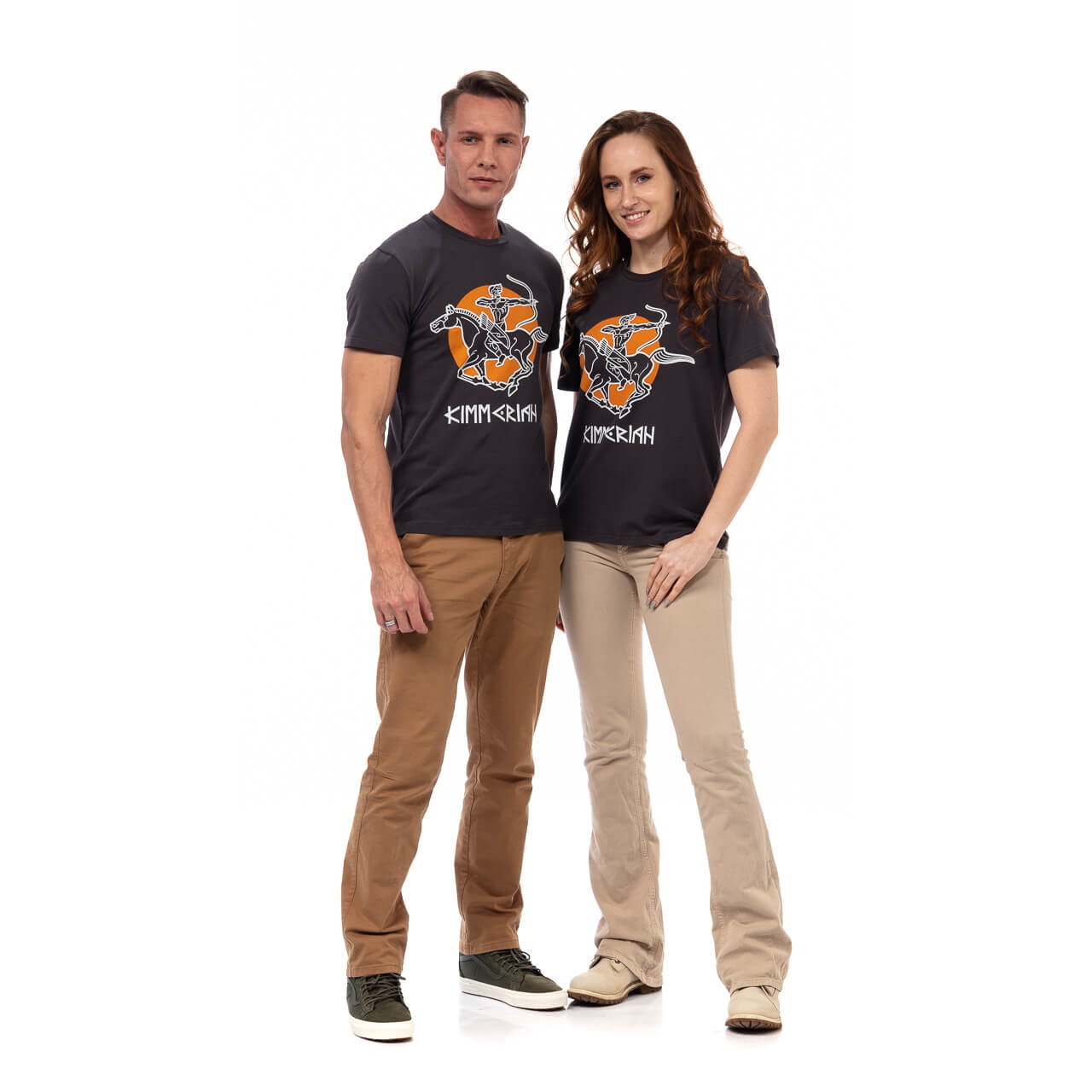 The huge orange Sun slowly drowns in the ocean of needle grass and sagebrush, the bronzed rider with bow and an arrow, the wild horse, which his great-grandfather brought from the very heart of the Great Steppe. They all flying above the ground.

Robert Howard’s Cimmeria (or Kimmeria if you want to write it in a Greek/Russian manner), was the homeland for the hero, who was known for strength, straight and honesty. Those kinds of warriors and adventurers are still live around the world even after the last three thousand years.

THIS T-SHIRT GOES AS A GIFT IF THREE OTHERS ORDERED